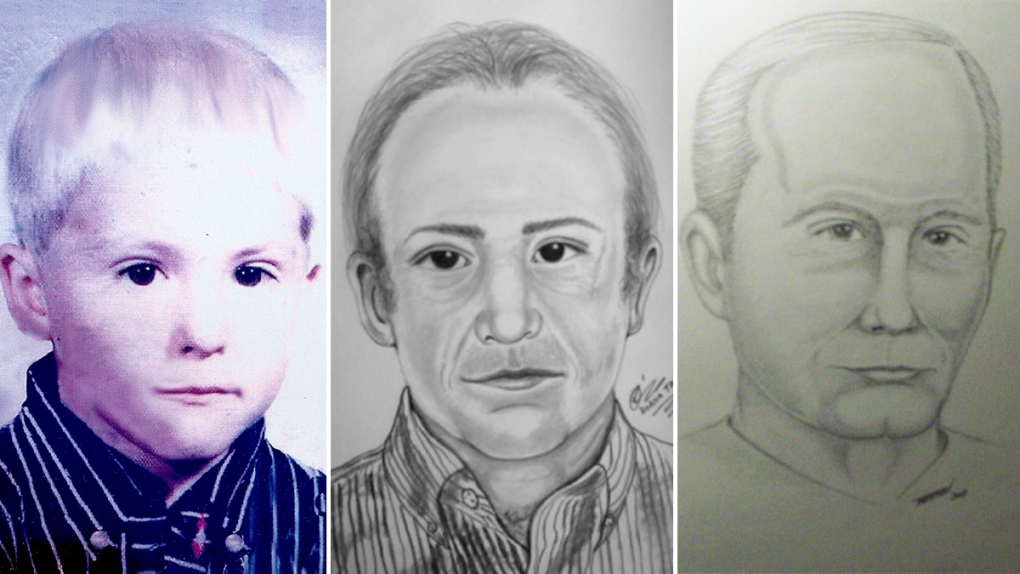 Five-year-old Adrien McNaughton (left) disappeared while on a fishing trip with his family in 1972. The two sketches are what he may look like as an adult. (OPP)

OTTAWA -- Police in Renfrew County are issuing an appeal for new information in the case of a five-year-old boy who went missing nearly 50 years ago.

Adrien McNaughton was on a fishing trip near Holmes Lake, near Calabogie, with his father and siblings in June 1972 when he disappeared into the forest.

Despite a massive search effort at the time and more searches in the following years, no trace of the boy has ever been found.

In 2009, investigators released an artist’s rendering of what McNaughton might have looked like in his early 40s. That led to several tips, but those were investigated and ruled out.

Now, Renfrew OPP are renewing their push for new information on the case. In a news release Friday, they sent two artists’ renderings of what McNaughton might look like.

Police say one theory is McNaughton somehow made it out of the forest and could have been taken in by someone, and thus be alive and living in the area.

"If Adrien is alive he might have only fleeting memories from his early years", said Det. Insp. Serge Acay said the release. "We would ask everyone, in the Renfrew County area and elsewhere, to take a close look at the artist's sketch and think about people you know."

McNaughton would be 54 years old now.