BROCKVILLE, ONT. -- A tiny home in Brockville, Ont. that was built by at-risk youth sits empty in front of the building it was constructed in, waiting to find a permanent location.

The home was built over 10 weeks in late 2020 by the Employment & Education Centre’s ‘We are the Change' program and finished in January.

It was meant to go to a widow in Athens, Ont. in need of affordable housing.

But organizers were told they wouldn’t be allowed to put the home in Athens because they didn’t have inspections from the local building code officer.

“We have had engineers do the drawing, stamped the drawing, they've come and done the inspections. That was the process, because what we're doing here is something new by pre-fabricating this tiny home," program coordinator Heather Brisebois said.

The problem: the home did not have a final destination when the build began.

"Each municipality can have their own bylaws and have their own officer, but for something like this, because it's not in the building code, we were able to follow other rules which was the national building code and that engineers are absolutely authorized to give us the drawings and come and do the inspections," Brisebois said.

Engineer Andrew Melchers says his team created the plans for the build and oversaw construction, conducting site reviews along the way to the requirements of the provincial building code.

"Now when we hit the building permit process, the municipalities are putting up a bit of a fight because they weren't able to do their own reviews," he said. “We went to Professional Engineers Ontario and they pointed us in the direction of a practice guideline that actually tells engineers how to go about a project like this and so we followed all the regulations and rules there.

“It really comes up to the municipalities willingness to rely on an engineering judgement in this case.” 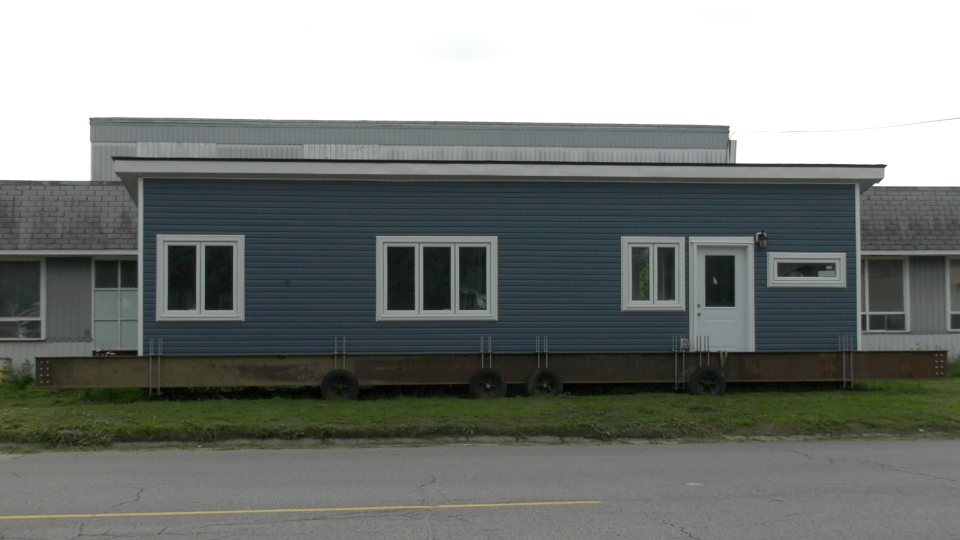 In its current state, the building is considered an uninstalled pre-fabricated component of a home, since it's not sitting on a foundation, Melchers said.

Once it's on a foundation, that's when it becomes a building and requires a permit.

"The pre-fabrication stage is a little bit interesting in the building code because it's kind of new ground that they haven't caught up to yet," said Melchers. "It's still a great building, it's been completely engineered and inspected to Ontario building code standards, it just unfortunately can't be put in an Ontario municipality right now."

The team is looking at other possibilities to find this tiny house a permanent location, like taking the case to the building code commission.

"Potentially we could be setting the precedent for how we go about this type of project," said Melchers. But he said the process could take years.

Another option would be to send the building to a First Nation, which isn’t bound by the same policies as the Ontario building code.

Melchers says that the home construction industry is headed in the way of more pre-fabricated and modular buildings to meet the demand of the housing crisis.

"The more we can pre-fabricate in a shop over the wintertime, the more we can build in the summer," he said. "As an engineer, we're trying to enable that a little too soon and now these processes and policies have to catch up to the changing construction methodology." 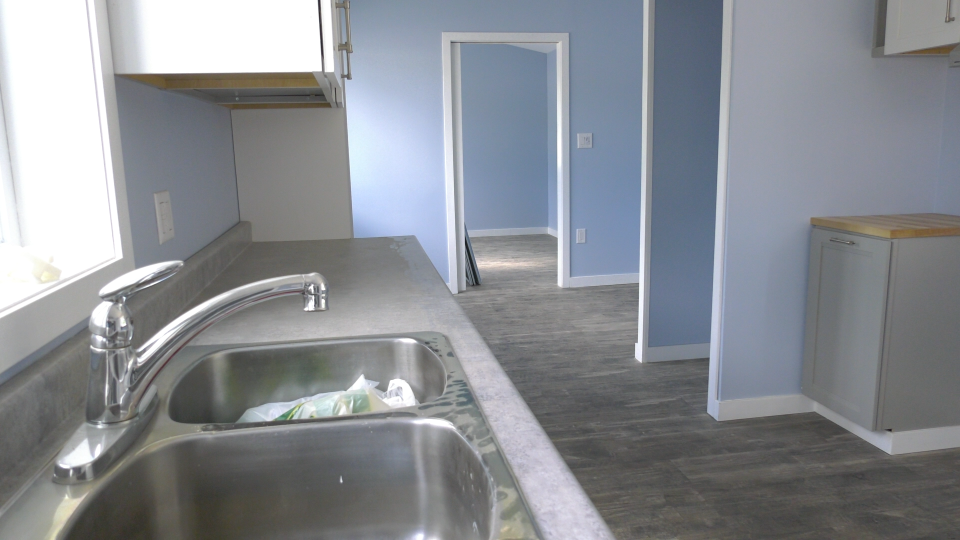 The widow in Athens the home was meant for has since found affordable housing, but Brisebois says it's been a frustrating ordeal nonetheless.

"We are in a housing crisis and we don't have enough affordable housing for our community, so having a house that's sitting here vacant when someone could be housed is really heartbreaking," she said.

She also feels bad for the students who took part in the build, as what they've accomplished sit uninhabited.

"It's been difficult. It's had an impact on the youth that built this house, knowing it hasn't gone anywhere," she said.

"I don't think frustrating is the right word; it's mildly disappointing," Melchers said. "You know, there is someone out there that needs a house that can't get it."

"I think it will find a home," he added. "We have a couple avenues we can go down. It’s not dead in the water just yet.

Brisebois said a second tiny home is already under construction by another group of students, and while that program has faced some delays, the group has learned something from the first build.

That home will be in Brockville, and because they know the exact location, the group has obtained a partial building permit.