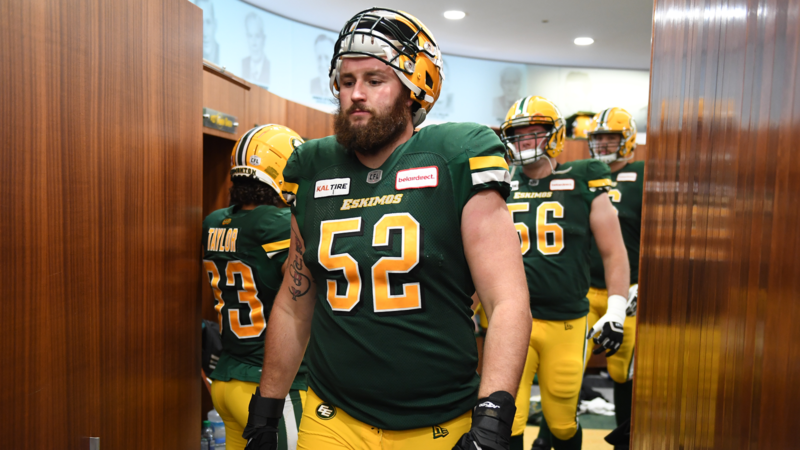 The Ottawa Redblacks have signed an offensive lineman who was released from his last team after misrepresenting his COVID-19 vaccination status.

Jacob Ruby, 29, has signed a two-year deal with the Redblacks, the team announced Monday.

The London, Ont. native was released from the Edmonton Elks last summer after he misrepresented his vaccination status. He subsequently apologized.

“I made a mistake in misrepresenting my vaccination status,” he told reporters on Monday. “I think I paid the consequences for that.”

Ruby said he has since gotten vaccinated against COVID-19.

“I got that done and out of the way and I’m just looking forward to being able to participate and play football and be a contributor to this team and this city.”

He said he had a meeting with CFL commissioner Randy Ambrosie shortly after he was released, and Ottawa wasn’t the only team interested in signing him.

“It was a difficult conversation, but it was a positive one,” he said. “After that, I felt like I would be back, and Ottawa made it a very easy decision for me.

“I’m extremely excited and very thankful to be here.”

Ruby was drafted eighth overall in the 2015 CFL draft by the Montreal Alouettes. He signed with Edmonton in 2017 and became a regular on their offensive line.

"Having skilled Canadians on the offensive line is critical in the CFL and we're thrilled to be able to add a veteran presence like Jacob Ruby to our group," Redblacks general manager Shawn Burke said in the release.

"Jacob brings size and experience to our front five and will be a great fit with what we're building here."

Before his CFL career, Ruby was a four-year starter at the University of Richmond in Virginia.