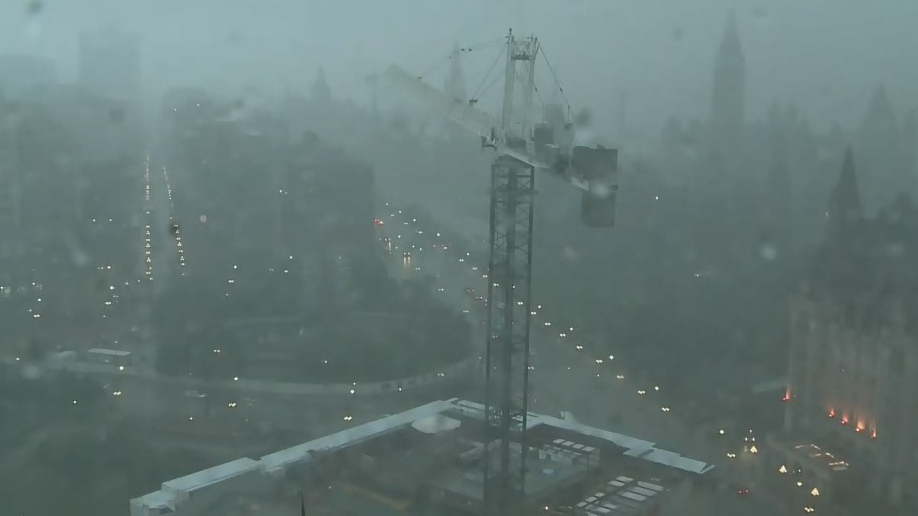 Ottawa was soaked by a record rainfall.

Environment Canada had issued a severe thunderstorm watch for Ottawa on Monday.

After a dry start to the summer, Ottawa has received 59 mm of rain in two days this week.