That's a wrap on CTV News Ottawa’s live coverage of the Ontario election results, on a big night for Doug Ford and the Ontario PCs.

For election results in all 124 ridings, click here for our interactive map.

As of midnight, CTV News had not yet declared PC candidate Stephane Sarrazin the winner in Glengarry-Prescott-Russell over incumbent Liberal Amanda Simard. However, Sarrazin was up by more than 1,600 votes with nearly 88 per cent of the polls reporting, well on his way to a victory.

Meet the new MPPs in Ottawa following the Ontario election.

Here is the party standings in Ottawa:

Cheers at Chandra Pasma's election night party at the news that she has defeated PC incumbent Jeremy Roberts in Ottawa West-Nepean. 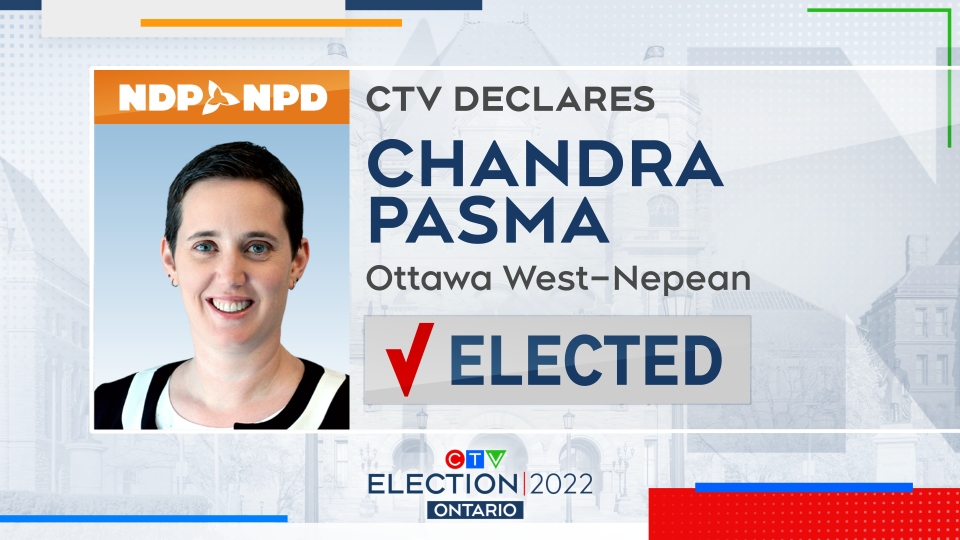 Progressive Conservative Jeremy Roberts has conceded in the riding of Ottawa West-Nepean.

Roberts held the seat since the 2018 election.

New Democratic candidate Chandra Pasma will be the new MPP for Ottawa West-Nepean, the first time an NDP MPP has represented the riding.

Roberts declined to speak with reporters are conceding defeat.

.@JR_Ottawa has arrived at his viewing party, and is conceding, congratulating @ChandraPasma on her win in Ottawa West-Nepean. @ctvottawa #onpoli pic.twitter.com/PK5HWItFmH

The Progressive Conservatives will form a majority government at Queen's Park.

Del Duca did not win his own riding.

"It's time to pass the torch … I'm not shedding tears of sadness but tears of pride."

Horwath has been leader of the party since 2009.

The NDP will form the official opposition at Queen's Park, winning 29 seats across Ontario.

The media was not allowed into Nepean candidate Lisa MacLeod's campaign office for her victory party. MacLeod was re-elected in the riding of Nepean.

Re-elected PC MPP Lisa MacLeod giving her victory speech in Barrhaven. We can’t share it with you.
Her camp has opted to lock out members of the media. @ctvottawa @CTVToronto @CP24 pic.twitter.com/0NoWgS7xLK

"It's time for new leadership," Harden told supporters are winning a second term.

Harden would not say if he would seek the party leadership.

NDP Leader Andrea Horwath was first elected as leader of the NDP in 2009, leading the party to opposition status in the 2018 election.

The votes continue to be counted in the riding of Ottawa West-Nepean.

I’m in Ottawa West-Nepean tonight with @Stefan_Keyes for @CTVNews election coverage - we’re at incumbent @JR_Ottawa’s viewing party - as during the last provincial election, a very tight race for this riding. @ctvottawa #ONelxn pic.twitter.com/371n2nVAZz

MacLeod was first elected MPP in Nepean-Carleton in 2006, and this will be her fifth term at Queen's Park. 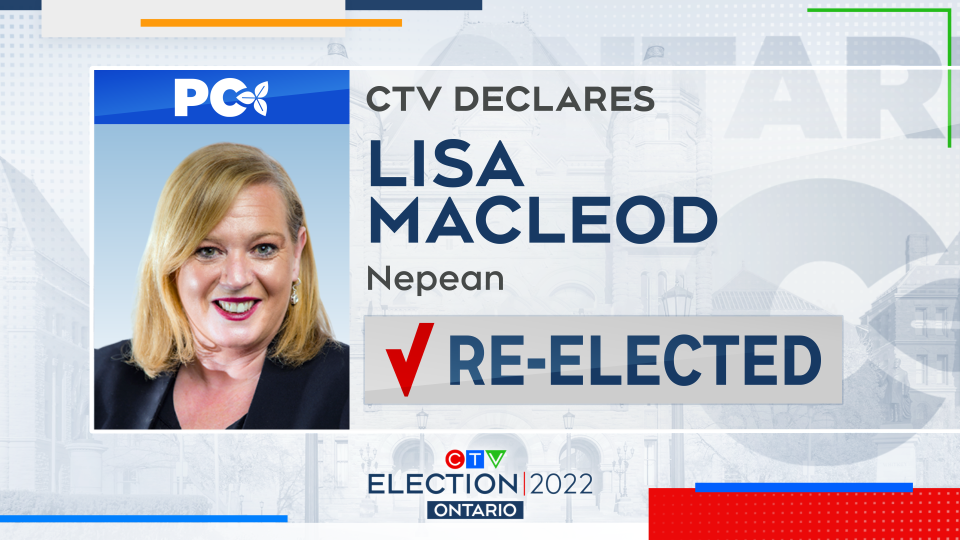 Randy Hillier won the riding as a Progressive Conservative in 2018, before being removed from caucus. Hillier did not seek re-election. 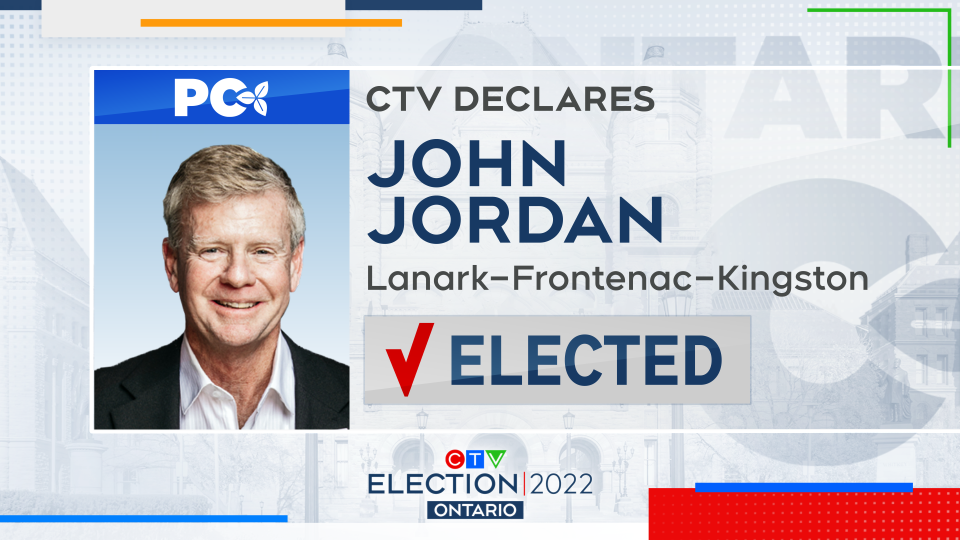 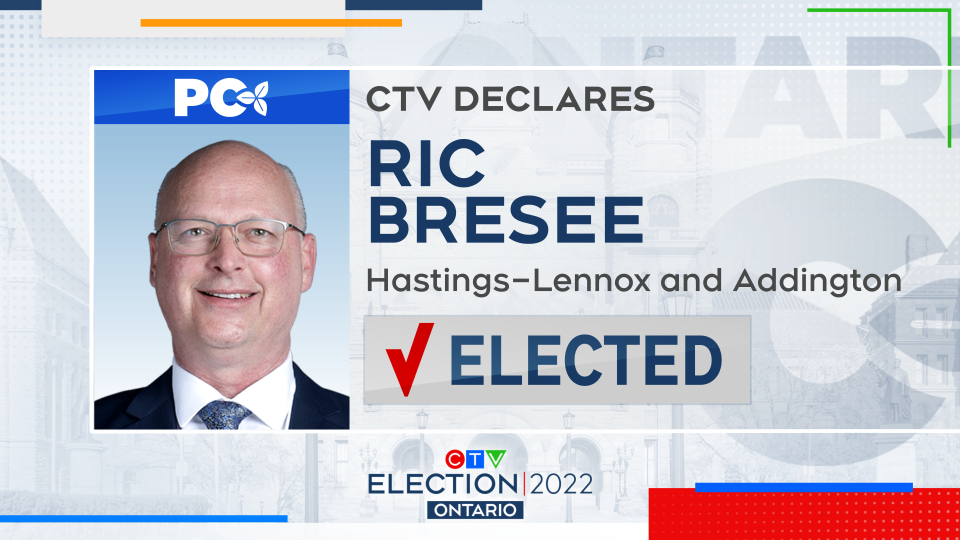 All eyes are on the riding of Ottawa West-Nepean

The CTV News decision desk projects the NDP will form the official opposition at Queen's Park. 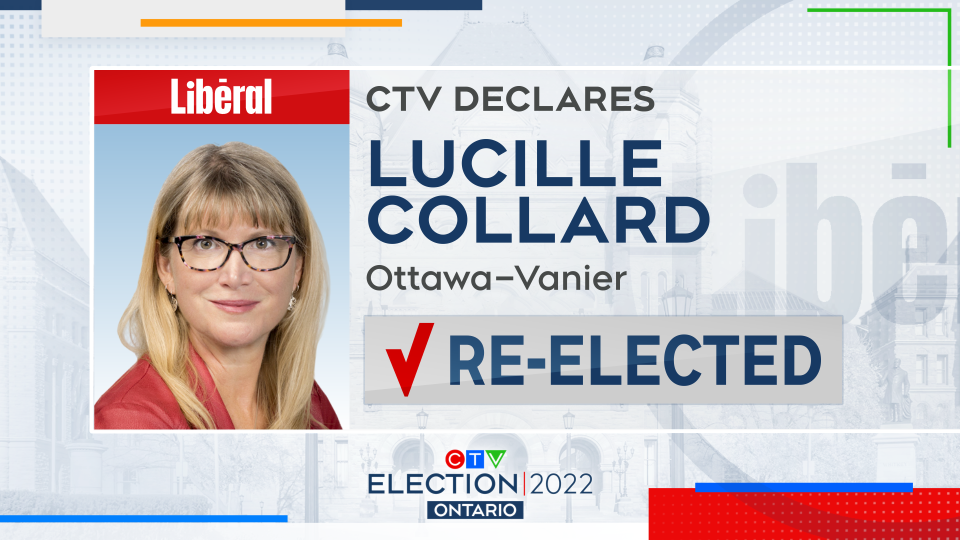 CTV News declares Liberal Ted Hsu the winner in the riding of Kingston and the Islands.

The New Democrats lose the seat. The riding was previously held by NDP Ian Arthur, who did not seek re-election. 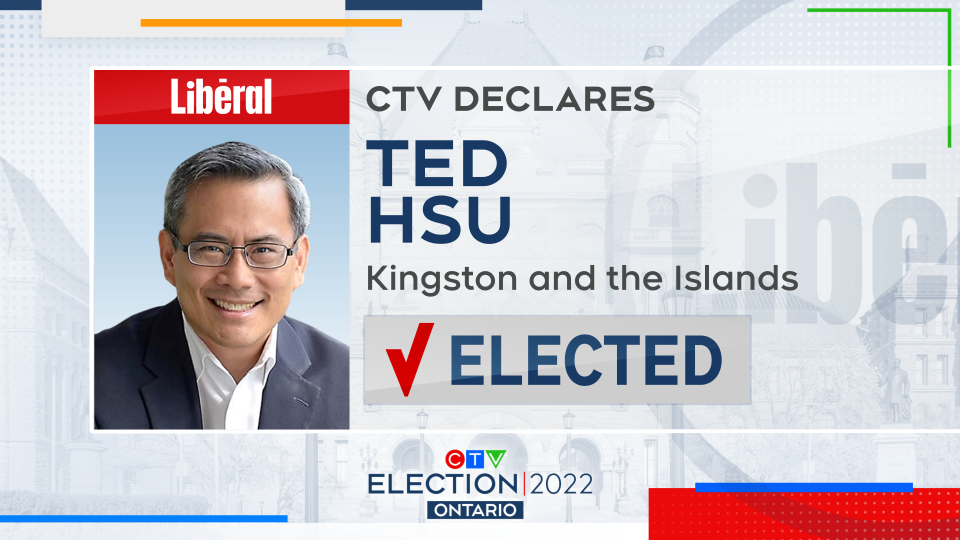 Fraser has represented the riding since 2013. 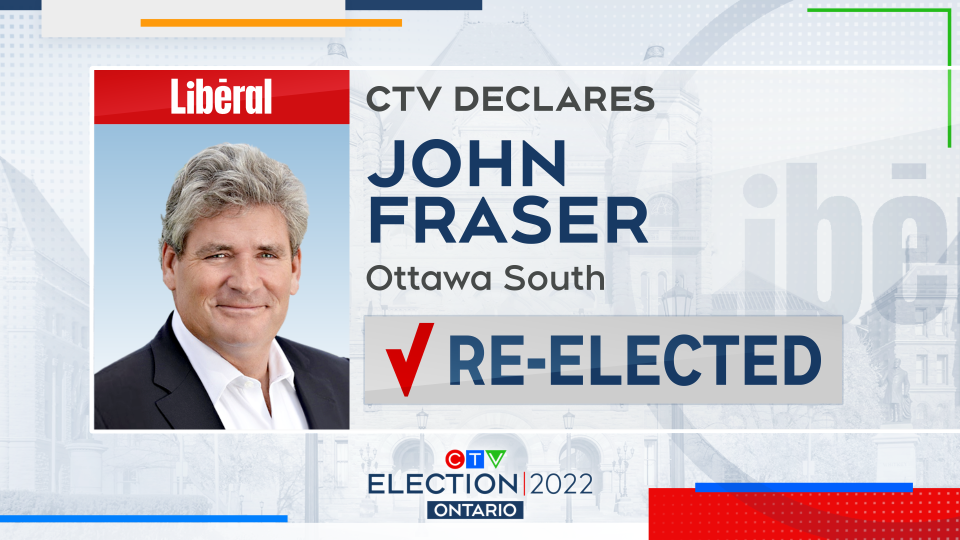 Clark has represented the riding since 2010. 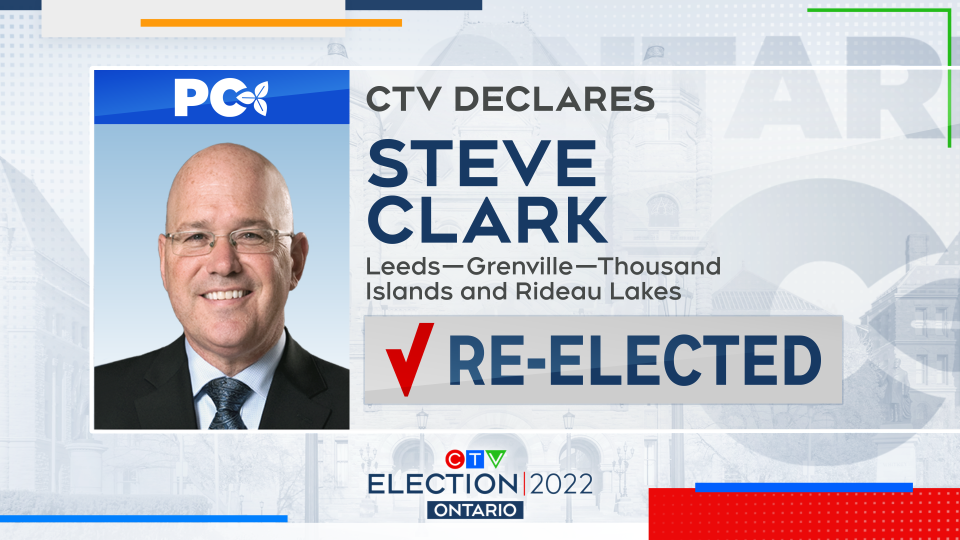 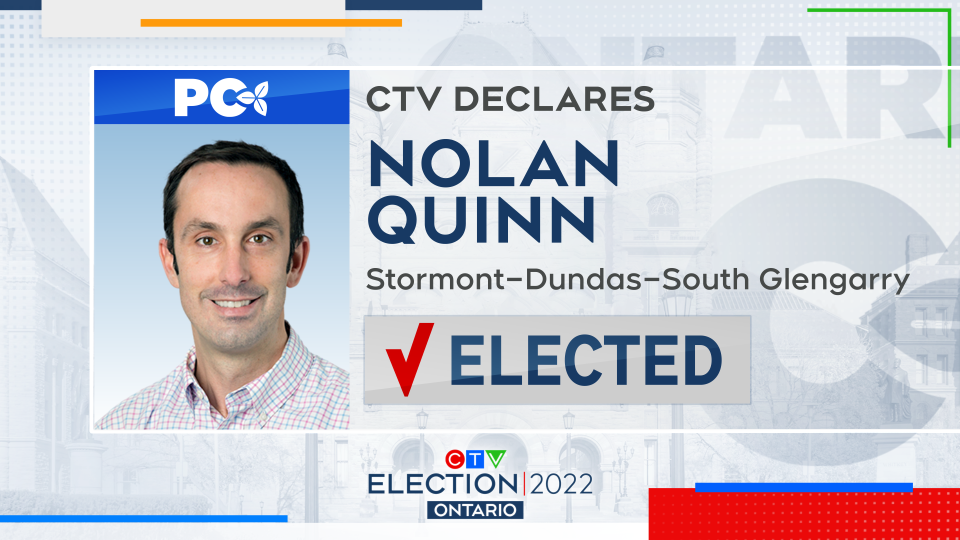 Harden will serve a second consecutive mandate as the MPP at Queen's Park. 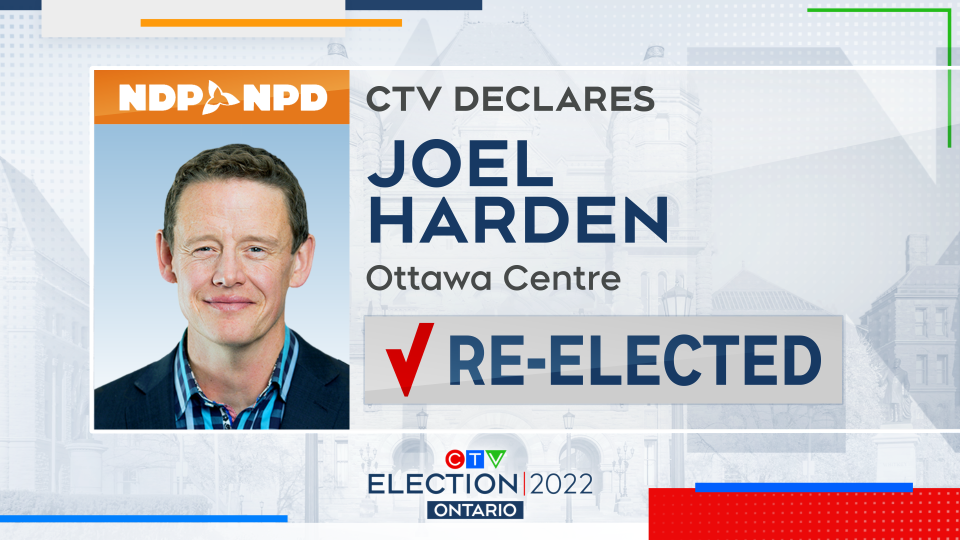 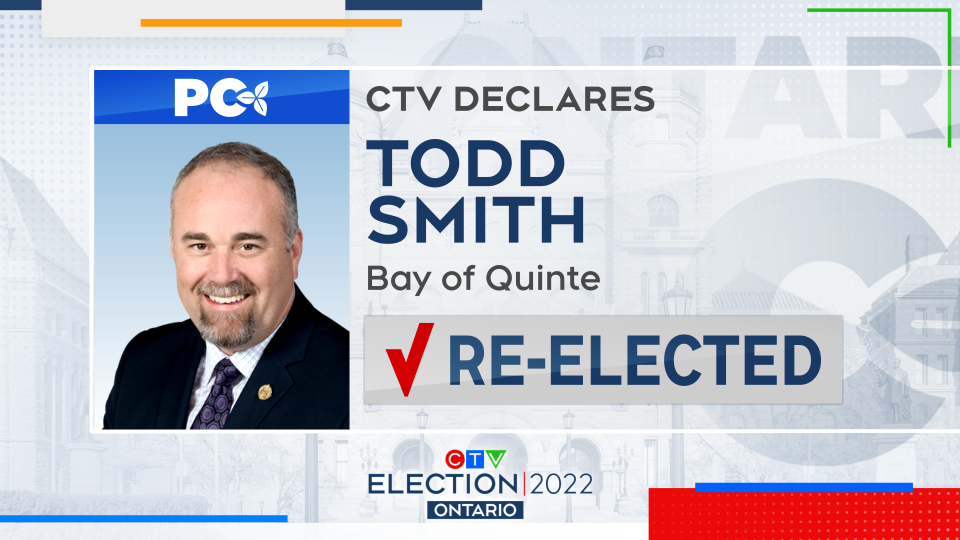 The Minister of Children, Community and Social Services will serve a second term at Queen's Park. 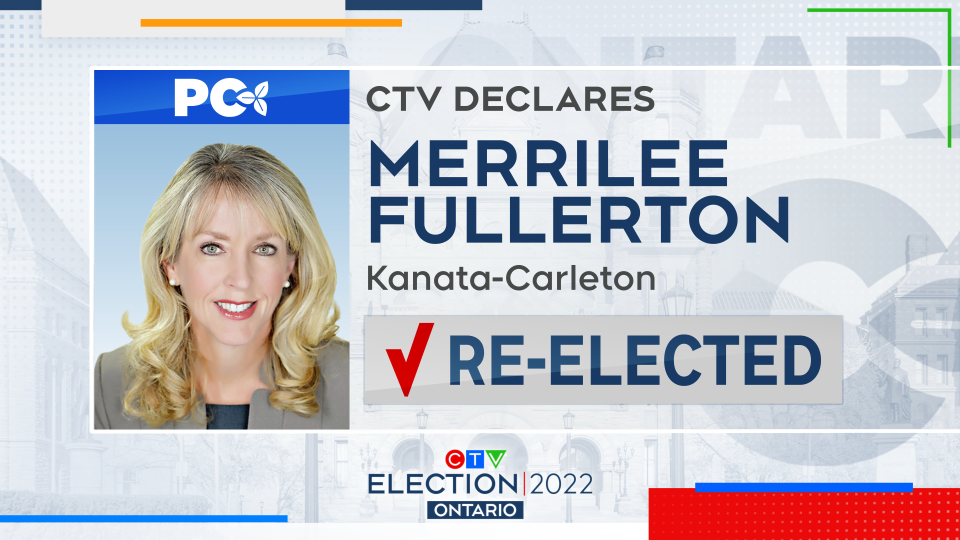 CTV News declares Progressive Conservative Goldie Ghamari is the winner in the riding of Carleton.

Ghamari will serve as second term as MPP for Carleton are winning the 2018 election in the newly formed riding. 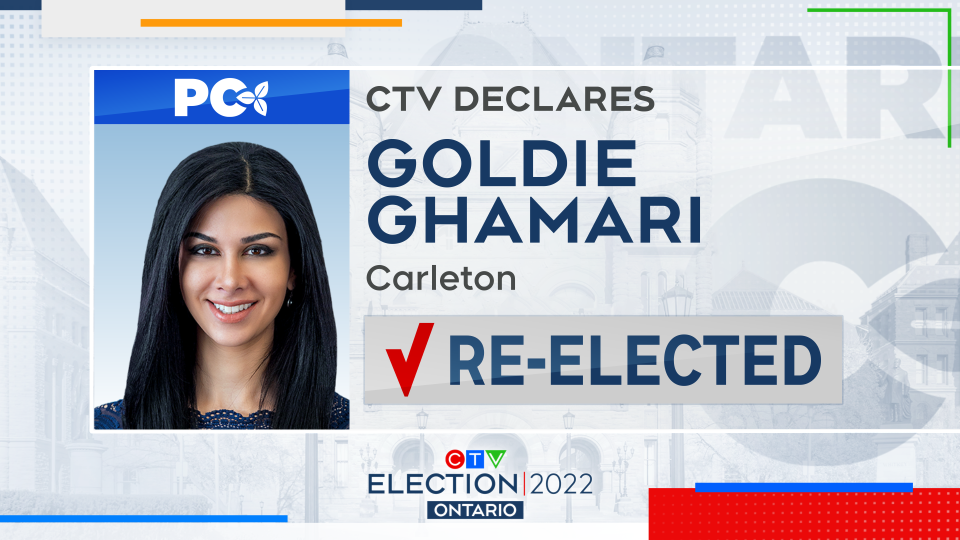 Blais has been MPP in Orleans since winning a 2020 byelection. 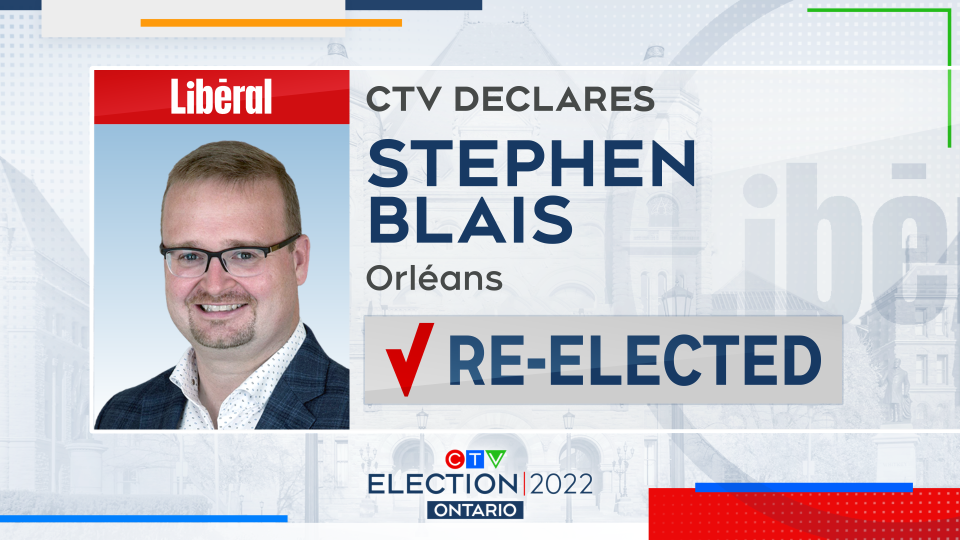 Yakabuski has represented the riding since 2003. 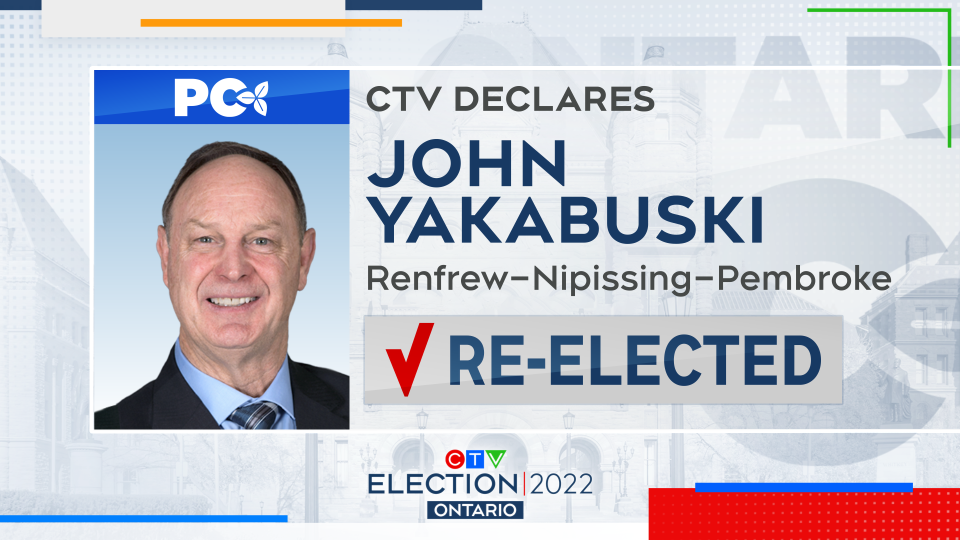 Doug Ford will serve a second term as Premier of Ontario.

Polls are closed in the Ontario election.

Haven't voted yet? It's not too late - the polls close at 9 p.m. You can find your voting location here.

Candidates usually hold gatherings on election night for supporters. It’s common practice for the candidates and their teams to let media know where they will be, so reporters can get reaction to the results.

This campaign, nearly every candidate passed along that information to CTV News Ottawa when they were asked. But Lisa MacLeod, seeking a fifth election as MPP in Nepean, has been radio silent.

CTV News reached out to her campaign staff to ask, but never heard back. Staff in the PC Party’s media office also did not respond to questions about where her gathering would be taking place.

The polls close in just over an hour and we still don’t know if MacLeod’s holding a gathering for supporters and, if so, where it’s happening.

CTV News Ottawa chief anchor Graham Richardson with the latest on delays in voting at some stations across Ontario.

Ottawa-Vanier isn't the only riding where results will be delayed. Nineteen ridings across the province will see results delayed, some by as much as two hours.

Voting hours at Poll 018 in Ottawa-Vanier will be extended by 24 minutes.

Several polling stations across Ontario will stay open past the planned closing time of 9 p.m. Elections Ontario says Poll 018 in Ottawa-Vanier will close at 9:24 p.m.

All other polling stations will close at 9 p.m.

There are several ridings to watch in the Ottawa area tonight.

Now the two candidates are running again, with Roberts seeking a second term as MPP.

In Ottawa Centre, NDP MPP Joel Harden is seeking re-election. The riding was previously Liberal for 15 years, with candidate Katie Gibbs hoping to retake it for the party.

And in Glengarry—Prescott—Russell, Liberal MP Amanda Simard is hoping to win re-election. She won as a PC candidate in 2018, but later left the party over cuts to francophone education.

She and PC candidate Stephane Sarrazin have been neck-and-neck the whole campaign, polling has shown.

Elections Ontario says it has fixed a problem that saw no voter information data flowing to political parties for much of Thursday morning after polls opened.

The issue did not affect polling stations for voters, but rather the information that flows to parties to let them know who has or has not voted, which is known as "strike-off data."

That data is used by parties to figure out who they need to try to get out to polling stations.

CTV's Graham Richardson is live in downtown Ottawa tonight covering the election results, but he may have been waylaid by the smell of ribs...

Just down from our live location for #election special ⁦@ctvottawa⁩ @ctvnews is #ribfest and some distracting smells! Are people paying attention to this campaign? We will find out #onpoli #ottnews #ottawa #vote #ontario pic.twitter.com/d42cxTDcrd