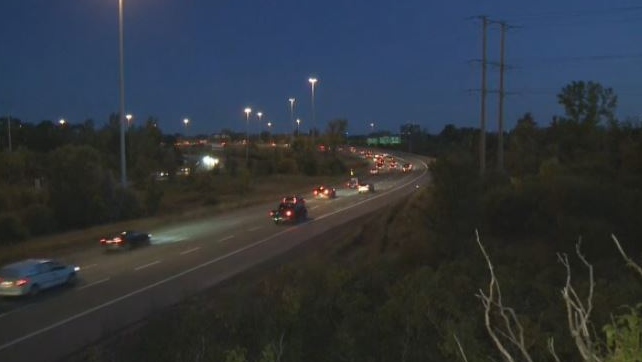 The ramp from the westbound Highway 417 to the eastbound 174 is open to motorists for the first time in four years.

The City of Ottawa completed work early Tuesday morning to reopen the ramp.

It had been closed for four years to allow the city to use one lane of Hwy 174 as a bus-only lane during Light Rail Transit Construction.

With the Confederation Line running, the city is making several changes to Ottawa roads, including removing the bus only lanes in both directions on Highway 174 between Blair and the Highway 417/174 split.

417/174 RAMP IS OPEN - You'll be able to spend a lot more time at home and less in the car. (Doing my best 'Say anything' John Cusack impression) pic.twitter.com/FqBMvzE9p2