Rainfall warning in effect for parts of Ottawa Valley 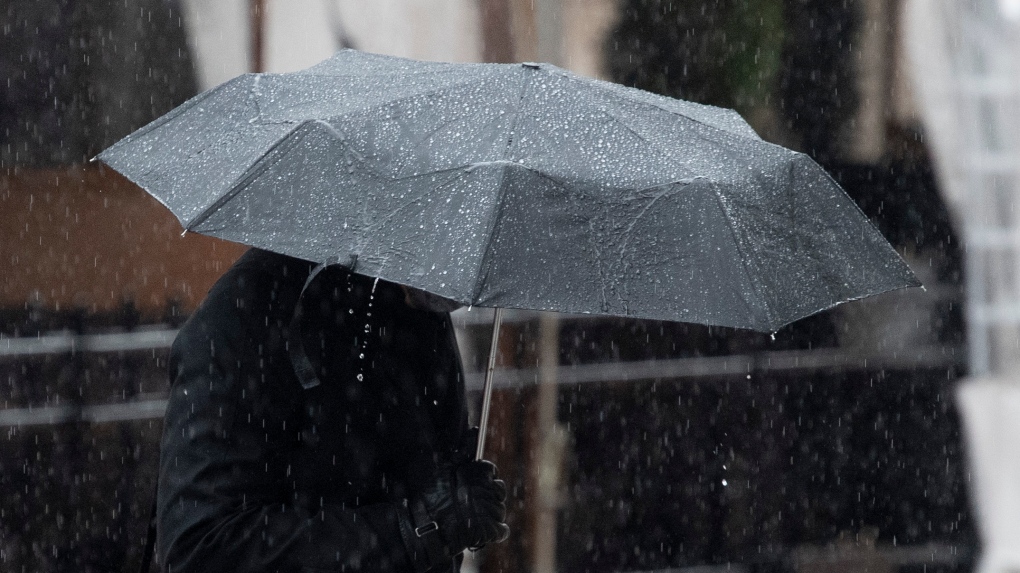 Rain beads off an umbrella as a man walks through downtown Ottawa Friday March 26, 2021. Heavy rain was expected throughout the day with 25-40mm expected. (Adrian Wyld/THE CANADIAN PRESS)

OTTAWA -- Environment Canada has issued a rainfall advisory for parts of the Ottawa Valley, including Renfew, Arnprior, Pembroke, and Petawawa.

The weather alert says storms are expected to move through the region Tuesday evening and last through Wednesday night.

"Rainfall amounts of 50 to 60 mm are expected by early Thursday morning with a few localities possibly reaching up to 75 mm," Environment Canada said.

"This widespread rainfall event is due to a cold front and a moisture laden low pressure system that will arrive from the American Mid-west."

There is currently no weather alert in effect for the city of Ottawa. The forecast for Ottawa calls for showers beginning Wednesday afternoon and lasting through Thursday.