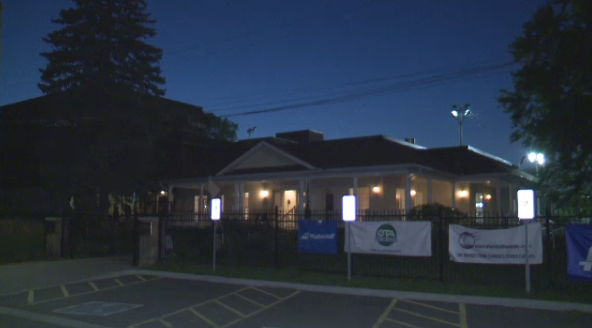 The historic Rideau Tennis Club is being sold to create a new sports facility.

The Recreation Association of the Public Service of Canada (the RA) has formally announced it has reached an agreement to sell the club’s operation and assets to the Ottawa Sport and Social Club, which will create the new Rideau Sports Centre on the site of the 105-year-old tennis club.

Tosha Rhodenizer, the CEO of the RA, is quoted in a press release as saying “The RA is proud to have taken over the Rideau Tennis Club in 2004 when its future was uncertain and to have shepherded this storied club through its centennial and beyond. The Rideau Tennis Club has a rich history of tennis, social connections and community. The RA is honoured to have assisted the Club during this period of their history.”

She told Newstalk 580 CFRA over the phone that the RA felt the time was right to divest of the RTC.

“In 2004, the RA purchased the RTC after a devastating fire on that property, and that that time, the big focus was to rebuild the clubhouse and restore the grounds to their former glory,” she said. “In the last couple of years, we’ve established a fairly bold and exciting strategic plan for the RA. We made the decision that it was in the best interest of the RA to divest of the RTC, which would enable us to focus our resources and capital investments on the RA campus on Riverside Drive.”

Rhodenizer would not speak to the specifics of the sale, but said the proceeds would go to retiring the debt associated with the rebuilding of the RTC.

In a statement on the RA’s website, some questions regarding the sale are answered. Of note, tennis memberships with the RA will expire at the end of the day August 21. Any pro-rated balance will be reimbursed. All Club programs, services and social events will continue as scheduled until that date.

The RA also says membership lists and personal information will not be shared with the new owner.

There are no specifics about what will happen to employees of the club, but the RA says they have met with staff personally to help support the transition.

Nicki Bridgland, the CEO of the Rideau Sports Centre, which has purchased the Club, is quoted in the aforementioned press release as saying, “As Founder and CEO of the Ottawa Sport & Social Club (OSSC), I am thrilled to be creating the Rideau Sports Centre, a new organization which will not only respect the Rideau Tennis Club’s storied past, but incorporate new sports in a revitalized and breathtaking river-­front facility. I look forward to working with the community and local business partners to make this the most stunning sport facility in the nation’s capital, with a wellness centre, innovative and varied programming appealing to all ages and demographics, and a new restaurant and patios that will be open to the public.”

The RA says a meeting with the new owner is scheduled for August 24 at 6PM at the Rideau Tennis Club.

We were unable to reach Bridgland for comment Monday night.