Queensway shutdown slows traffic across the city of Ottawa

It is the final full day of the closure of a five-kilometre section of the Queensway, which has caused traffic delays across the city of Ottawa all weekend.

All eastbound and westbound lanes of Hwy. 417 are closed between Metcalfe Street and Carling/Kirkwood avenues for the replacement of the Booth Street Bridge. The busy highway through the heart of Ottawa is scheduled to remain closed until 6 a.m. on Monday.

The closure of the Queensway, along with construction on Slater Street, road closures for weekend bike days on the parkways and the evening shutdown of the O-Train for maintenance work have resulted in a slow commute across the city. Heavy traffic has been reported along Carling Avenue, Catherine Street, Hunt Club Road and through Westboro and Little Italy all weekend.

As of 5 p.m. Saturday, the new bridge was in place and crews continued work on the roadway.

"The conventional approach would take about two construction seasons and it would mean closing a lane at a time, obviously having a huge impact on traffic," said Frank Vanderlaan, Ministry of Transportation, Highway Engineering Planning and Design.

"Being able to do it over an 82-hour period has a huge benefit."

Detours have been set up to divert vehicles off the Queensway to Carling Avenue, Catherine Street and Chamberlain/Isabella.

"Once the excavation has been completed and the rubble has been cleared away, the self-propelled modular transporters will lift up the new bridges," Vanderlaan said, explaining the rapid-bridge replacement technology.

"There are two bridges, one in the eastbound and also the westbound, they are right next to each other and that equipment will start driving them into place and dropping them in their permanent location."

Ontario Provincial Police and Ottawa police are warning drivers to expect delays and traffic impacts on the Queensway and roads across the city.

The Queensway is scheduled to reopen at 6 a.m. on Monday.

"Planning for this whole project started about five years ago and the project we are talking about is five bridge replacements, five locations and this is the first one at Booth Street," Vanderlaan said on Thursday.

"Rochester Street is scheduled to go this fall and then Bronson and Percy are scheduled in 2023, next summer, and the last one - Preston Street - will go in 2024 - so it’s a huge project.”

A live stream of the bridge replacement work along the Queensway is available on YouTube.

The Chaudiere Bridge is closed to motorists from Friday at 8 p.m. until Sunday at 6 p.m. to accommodate repairs on the interprovincial bridge.

The O-Train will be out of service after 8 p.m. all weekend.

The closure of the main road across the city of Ottawa caused headaches for motorists all weekend.

"The traffic is just not moving at all, it's stuck," said one motorist on Friday. "These people are sitting for minutes just trying to get 10 feet."

The former president of the Dalhousie Community Association says the construction and road closures is short-term pain for long-term gain.

"It is what it is. There will be disruptions," said Mike Powell. "But the long term of this is that it is less work to replace a bridge this way then it would over a longer period of time."

The owner of Pub Italia says the construction and detours will affect business a little bit this weekend.

"People can still get here. And as long as people are aware of what’s going on, they’ll get here," said Joe Cotroneo. "If I can say anything to our customers that are coming to Little Italy, be patient." 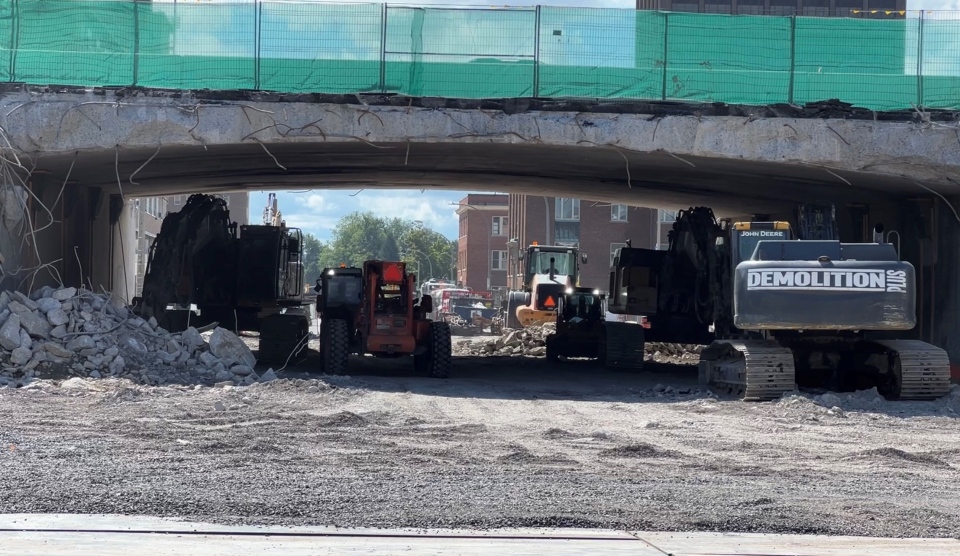 Here is a look at the detours for motorists travelling eastbound and westbound this weekend. 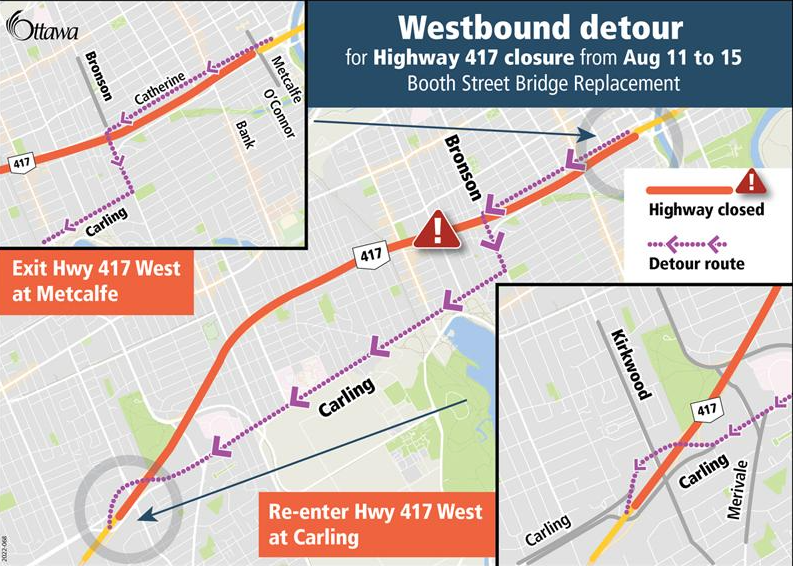 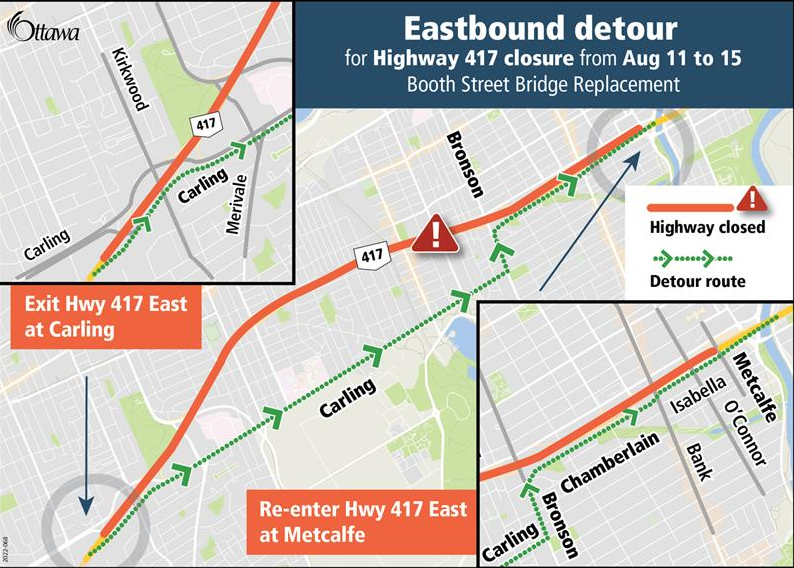 The city says the following municipal road closures will be in effect: