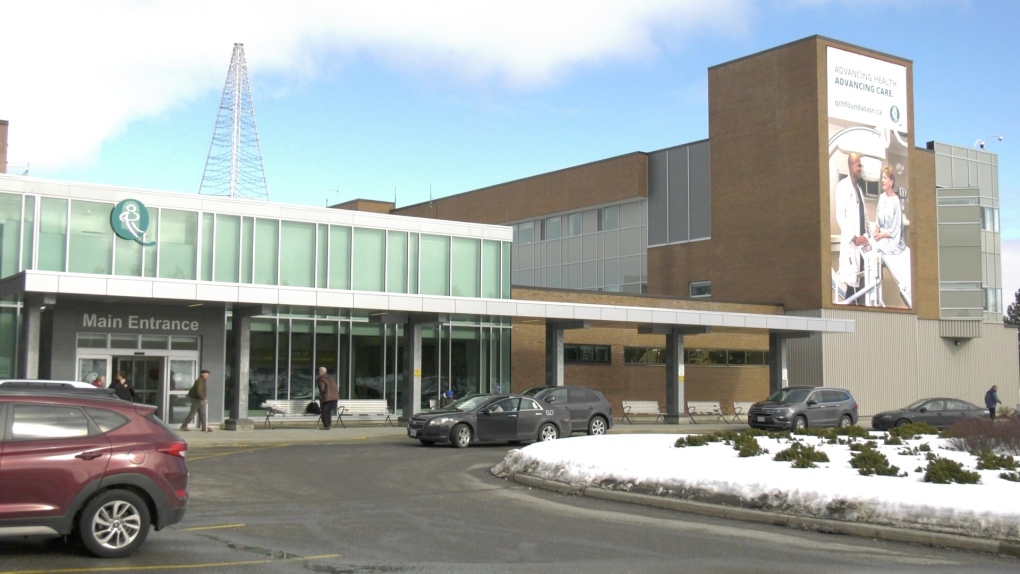 The Queensway Carleton Hospital is among others in Ottawa preparing for a potential case of Covid-19.

OTTAWA -- The Queensway Carleton Hospital is cancelling non-urgent elective surgeries that require admission for the next four weeks following a rise in the occupancy rate.

Meantime, the Ottawa Hospital says 13 non-urgent elective surgeries have been postponed so far this week as it deals with occupancy pressures.

The Queensway Carleton Hospital in Ottawa's west-end is currently operating at 113 per cent capacity.  There are currently 138 patients on isolation precautions at the hospital.

"We have made the decision to stop non-urgent elective surgeries that require admission for the next four weeks. We will replace those with day surgeries," said the Queensway Carleton Hospital in a statement to CTV News Ottawa.

"The reason we’re cancelling them is because we are seeing an increased occupancy rate in the hospital."

In a posting on Twitter, the Queensway Carleton Hospital said the decision to cancel non-urgent elective surgeries that require admission and replace those operating room slots with day surgeries, "was a difficult decision and we did not make it lightly."

QCH is at 113% capacity. We have 24 admitted COVID-19 patients and 138 patients on isolation precautions – an all-time high for us.

We will be reviewing this decision twice a week and making adjustments – adding or reducing surgeries as our occupancy and staffing permits.

The 138 patients on isolation precautions at the hospital is an all-time high.

Over the weekend, the Queensway Carleton Hospital implemented temporary visitor restrictions. There are exceptions for compassionate reasons and those who require care partners.

The Ottawa Hospital says 13 non-urgent elective surgeries that require admission have been rescheduled this week due to high hospital occupancy.  Some day surgeries have been scheduled in place of the postponed surgeries.

"We are experiencing concerning increases in COVID-19 activity, and have a total of 43 COVID-19 patients at The Ottawa Hospital," said the hospital in a statement to CTV News Ottawa.

"Coupled with our increased levels of Alternate Level of Care activity, the occupancy pressures continue to increase requiring us to reduce scheduled surgical activity and manage increased pressure in our Emergency Departments. While capacity levels in our ICU are manageable right now, this can change rapidly and we are monitoring the situation in the community very closely and are ready to add more capacity if things change."

"We have short, medium, and long-term plans in place to add capacity throughout the hospital, that allow us to be prepared for anything that may come our way as it relates to patient volumes," said the hospital.

CTV News Ottawa has reached out to the Montfort Hospital to see if any procedures are being delayed or cancelled.