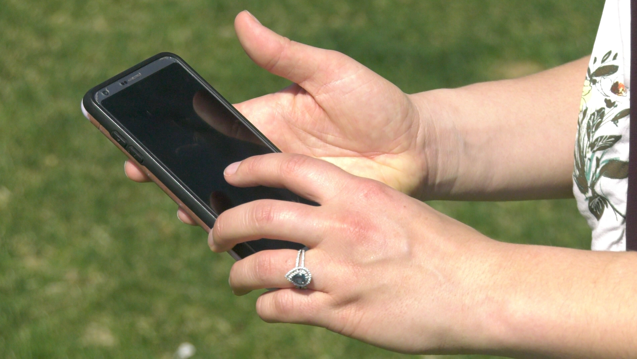 Students with Queen's University's Faculty of Health Sciences are collecting gently used cellphones and tables for women’s shelters in the city of Kingston.

OTTAWA -- A new campaign is asking you to donate your gently used cellphones to women’s shelters in the city of Kingston.

"Project Connect" is run by students with Queen’s University's Faculty of Health Sciences.

People can donate their used cellphones, tablets and laptops, and they will be given out to those in need, including those at women’s shelters.

"It’s going to be potentially life changing," Wedel tells CTV News Ottawa. "Being able to have access to ways of expanding their lives, starting over, having that fresh start."

The donated items will then be given out to people in need at Kingston Interval House, Dawn House, The Sexual Assault Centre of Kingston, and Street Health Centre, with the Kingston, Frontenac Lennox and Addington Health Unit.

She says it will allow people to do everything like access health care, and make and receive phone calls.

"Being able to do things you may not be able to do in the past...accessing different services that can help them get jobs, even reconnecting with family and friends that they might not have been able to in the past," says Wedel.

The project originally began at Memorial University in Newfoundland, collecting phones for survivors of domestic violence.

After a successful campaign, students at Queen’s decided to adopt it for Kingston’s various support services, says Wedel, and expanded it to include vulnerable groups for whom access to a phone may be a necessity.

"If you were to picture yourself and how much you use your phone, it’s pretty critical to our daily lives. It's how we reach out, cell phones are really important to autonomy," explains Wedel.

For the different ways to donate, you can visit the organizations Facebook Page or email projectconnectkingston@gmail.com.