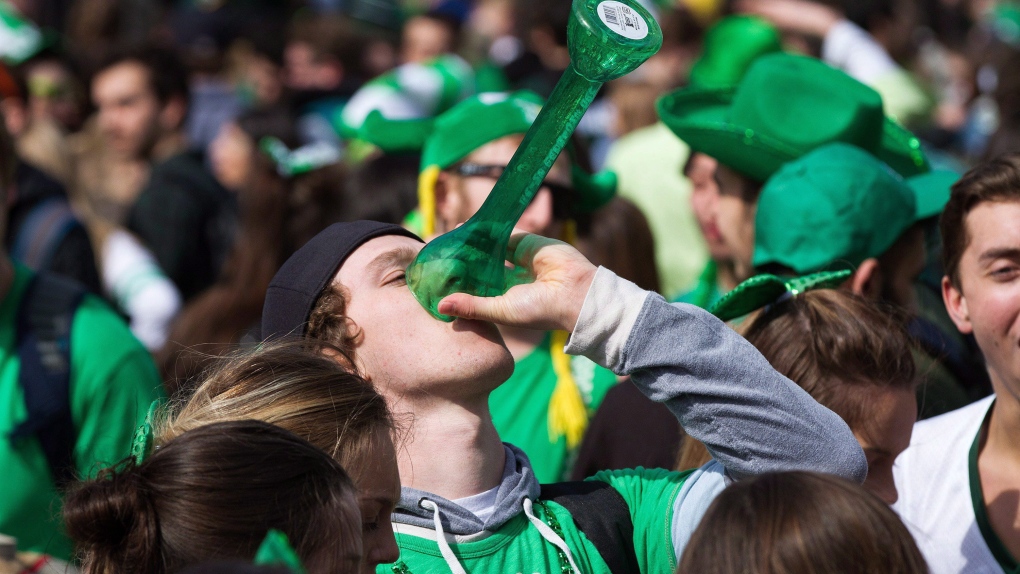 A walk-in clinic to triage minor injuries on St. Patrick's Day is among the ways Queen's University is preparing for the annual holiday this year.

With COVID-19 restrictions easing in Ontario, Queen's says it expects students will be taking part in festivities Thursday and while the university is urging students to be responsible, they're preparing for injuries and hope to keep some of the less severe cases out of the emergency room.

"To help alleviate any additional demands on Kingston’s hospital, volunteers with Queen’s First Aid will be working with Campus Security and Emergency Services, and Student Wellness Services will be running an expanded on-campus walk-in clinic staffed by an emergency physician on St. Patrick’s Day to triage and treat injuries including cuts, bruises, sprains and strains," a release from the university says. "The university will also be operating its Campus Observation Room (COR) starting at 9 a.m. COR is a judgement-free, non-medical detox service for students who have had too much to drink."

Queen's staff have been working with city police and bylaw to encourage safe activities and to remind students that academic penalties are possible if students take part in dangerous activities such as climbing on rooftops, blocking roadways or disrespecting the community and first responders.

“As we head into St. Patrick’s Day, our priority is the safety and well-being of our students and the Kingston community,” said Provost and Academic Vice-Principal Mark Green in the news release. “The pandemic restrictions have been hard on everyone, and with many restrictions off campus being lifted, it is important that students make efforts to gather responsibly and respectfully.”

The city of Kingston says its University District Safety Initiative is in effect until March 20, which means local bylaw violations could result in monetary fines of up to $2,000 and a court appearance. Students may also face sanctions under the Queen’s University’s Student Code of Conduct.

Last fall, tens of thousands of people packed streets in the University District for raucous weekend parties, resulting in more than $100,000 in fines and dozens of arrests.