Quebec woman, 20, killed in crash on Highway 401 west of Kingston 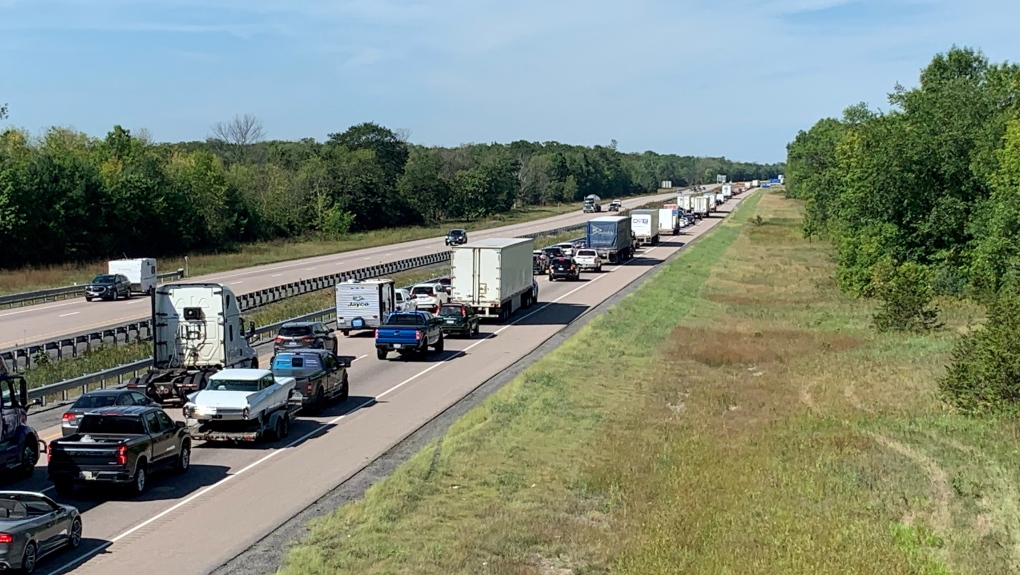 Two other people were injured in the crash.

“One person was deceased at the scene. It appeared that there was an ejection. One other person was seriously injured, and another one was also taken by paramedics to hospital with less serious injuries,” said OPP Const. Shannon Cork.

The single-vehicle rollover happened around 2 a.m. on the westbound highway near Camden East, just west of the County Road 4 exit.

The crash closed all lanes of the highway in both directions for several hours, but all lanes have since reopened.

“It occurred in the westbound lane, but there was evidence in the eastbound lane, so they had to close down both lanes in the investigation, they’re still trying to figure out what happened there,” Cork explained. “At this time the investigators are still investigating. Often it happens where a couple lanes of the eastbound or the westbound get closed down but not too often it’s both lanes, so evidence obviously was involved in all lanes of the 401.”

The identity of the person who died has not been released as police are still trying to reach her family.

CLEARED: #Hwy401 between #Napanee and #Odessa: all EB and WB lanes are now OPEN. ^nk pic.twitter.com/1Xs4CmRSNy