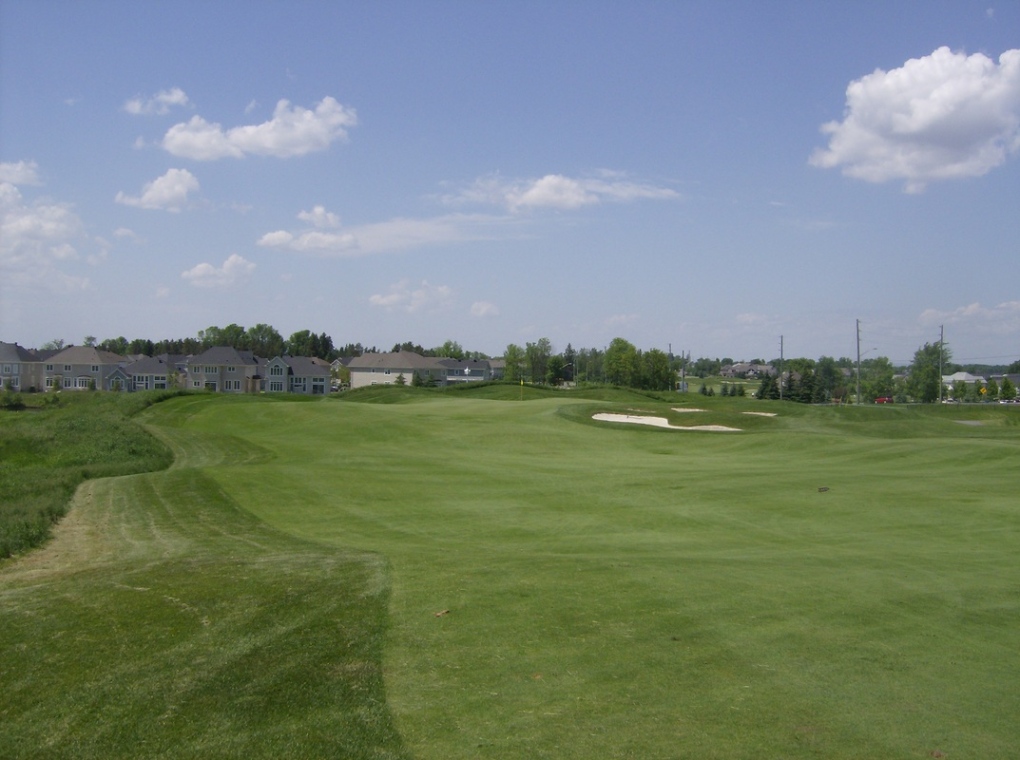 Stonebridge residents learned of a proposal for Mattamy Homes to develop part of the golf course with a commitment to re-designing and operating it for at least the next 10 years. (Courtesy: Stonebridge GC)

A working group of residents in Stonebridge has come up with a possible solution to development on Stonebridge golf course.

The Stonebridge Community Association unveiled the proposal at a packed community meeting Tuesday night. The Stonebridge Working Group came to the solution after multiple negotiations with Mattamy Homes, who owns the golf course.

The plan says Mattamy will be allowed to develop a small part of the course, adding around 158 new houses. No more development will be allowed on the golf course beyond that. To keep its championship status, Mattamy is committing to re-designing the course to keep its par 70 and over 6,000 yards.

Mattamy is also committing to operating the golf course until at least 2029. If the company wants to sell it, it will give two years notice and give the Stonebridge community an opportunity to buy the 198 acres of land it sits on for a cost of $6 million. If the community purchases the land, it can only be used as a golf course or green space.

To pay for the golf course, the SWG is recommending a City-administered levy that would be added to property tax bills for Stonebridge residents starting in 2021. It would range from $175 to $475 a year, depending on the assessed value of the home.

As part of the proposal, residents would be asked to not oppose the Mattamy development, but the group acknowledges individual residents still have the right to legally object to the application.

The SWG says the proposal addresses the top concerns of the community and protects the property values for all Stonebridge residents. It believes "that this is truly a unique unprecedented solution reflecting the desires of the community, the goodwill of Mattamy, as well as the cooperation of the City of Ottawa."

According to a proposed timeline, Mattamy would file the application for the development sometime in September. The SCA is asking for residents to provide feedback on the proposal. The slide show of the proposal can be found here.