OTTAWA -- With soaring temperatures in the capital this week, you may be dreaming of lounging by a pool.

Now one company is giving people a chance to do just that, in someone else’s backyard.

They’re called Swimply, and they are being compared to Airbnb, but for pools.

Della Vaslet-Thomson has been using the service since last summer.

"I love swimming," says Vaslet-Thompson. "I have a big house and a small backyard, so we can’t put a pool in. So I thought ok yah know, that would actually be great to rent a pool and be able to just go swimming for the afternoon."

Swimply offers people a chance to rent a private pool at a nearby house, by the hour. Pool owners add their pools to the site, with some photos and descriptions. And they can even choose which dates and times are available to rent.

"I just kept booking because it was just so much fun. My husband and I enjoyed going and my friends and I enjoyed going. I didn’t tell a lot of people about it last summer to be honest because there was only one and I wanted to keep it to myself for Saturdays," laughs Vaslet-Thompson.

Elizabeth Luca is a pool owner, but says her pool hasn’t had much use since her kids moved out. She says offering it to others on Swimply just made sense.

"I never used it. It would just sit there all summer long," says Luca. "This year, I have reservations for the end of August already. So people are really, really interested. They’re excited about it."

Most of the time, its families with young kids, which Luca says, she enjoys as much as they do.

"The kids are so excited when they come and they see the pool, and they can't wait to jump in," says Luca. "It’s kind of heartwarming."

Swimply co-founder and COO Asher Weinberger says his business took off once COVID hit and there was little left for families to do that was safe and private.

"We were in the right place at the right time. Providing a service that was contactless, safe and healthy, and unbelievably necessary," says Weinberger. "People really want this. You’re providing something that people actually want and it’s sort of a pent-up demand. On both sides of the marketplace."

Weinberger says one of the other reasons Swimply grew so fast this past year was because some pool owners were looking a way to bring in some extra income during the pandemic to offset job loss.

Some just want to share what they have with people less fortunate.

"I’m happy to share it," says pool owner Fatemeh. "Because I’m a person who loves to share my good stuff with other people. And I bought lots of pool toys, just for children. For them to enjoy." 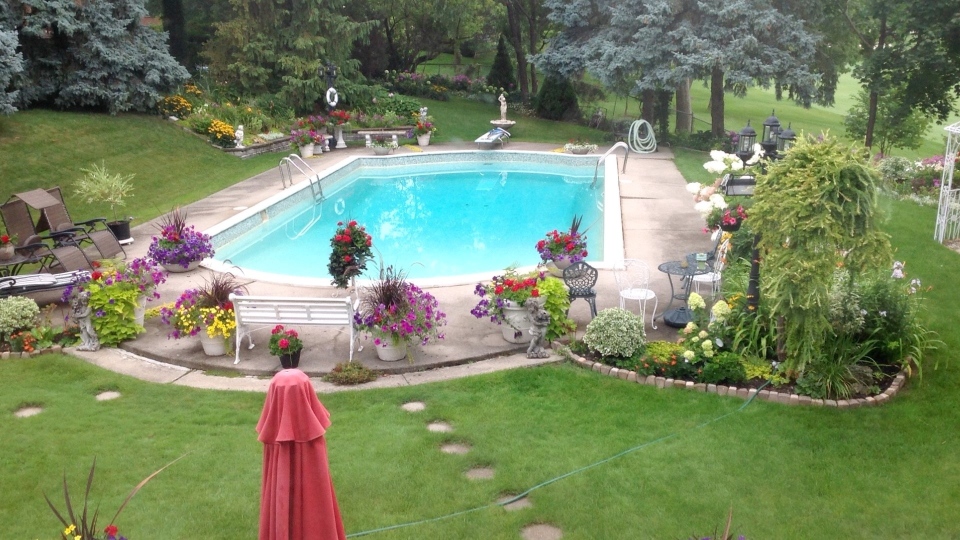 Pool owners all across North America are making the most of their unused pools. And at the same time, making a profit. Prices can range anywhere from $50 to $100 an hour depending on what is being offered.

"It’s just such an easy and simple way, for a nice time out," says Vaslet-Thompson.

Swimply says they are fully insured with host liability up to $1,000,000 and property damage up to $10,000. Pool owners also have the option to make their own rules and prices when offering up their backyards.