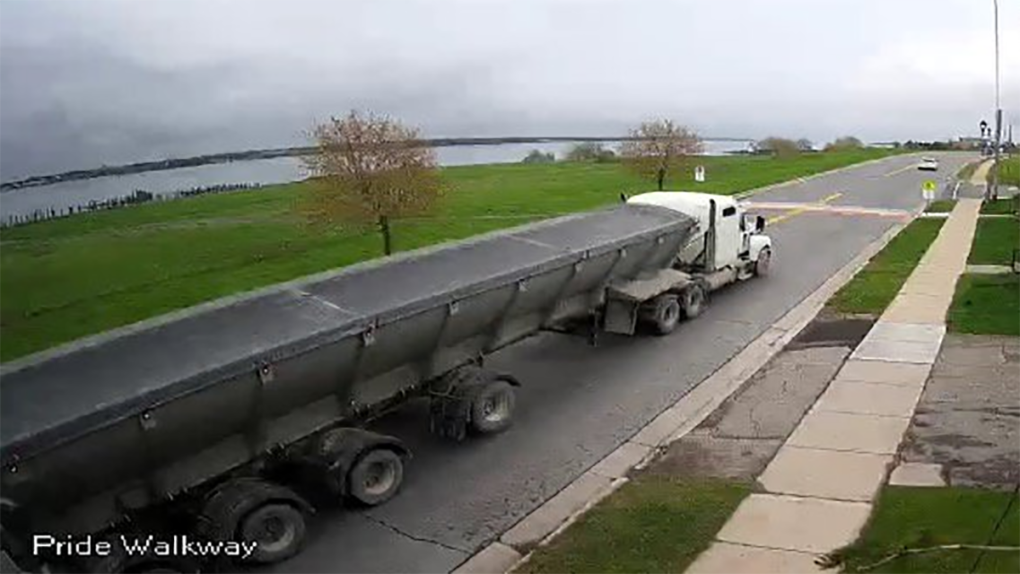 PRESCOTT -- Ontario Provincial Police are investigating after the Pride Walkway in Prescott was damaged this week.

Police say the driver of a commercial motor vehicle was "observed intentionally causing damage" to the Pride Walkway at 11:40 a.m. on May 5.

The Pride Walkway is located on King Street at Russell Street in Prescott.

In November, police charged a 16-year-old Brockville boy with mischief after the Pride crosswalk was damaged.

Police said on Nov. 5, witnesses reported a vehicle "deliberately doing a burnout across the crosswalk, destroying some of the colour."

The Pride crosswalk dedicated to Pride celebrations was also damaged last July and in 2019.