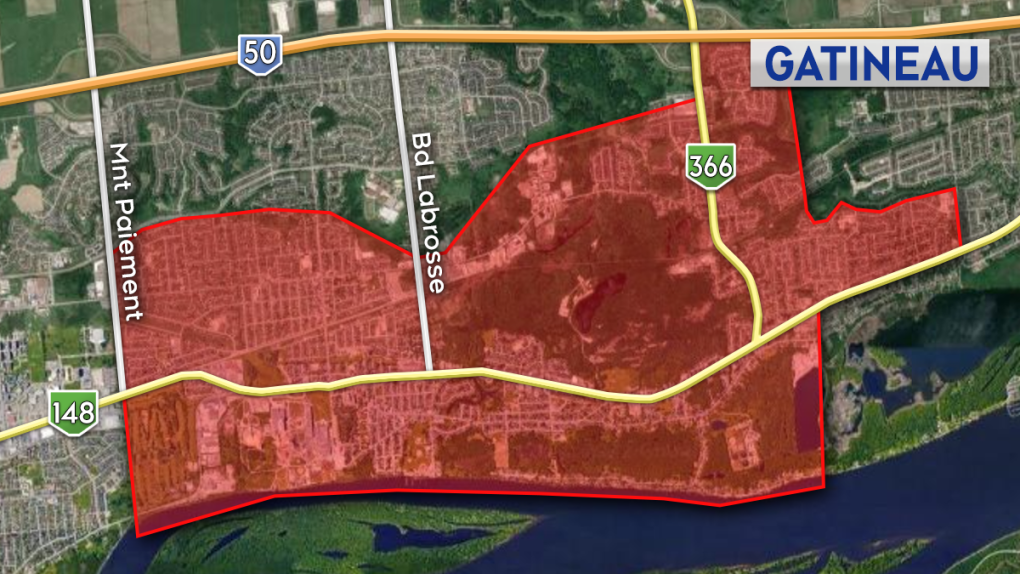 The highlighted area of Gatineau, Que. will be under a precautionary boil water advisory starting April 19 until further notice. The city of Gatineau says it is due to water main work in the area. (CTV News Ottawa)

The city of Gatineau says approximately 15,000 residents will be under a boil water advisory starting Tuesday night.

The boil water advisory is due to water main work in the city. It comes into effect at 11 p.m. and will remain in effect until it is lifted. The homes affected by the advisory are located between Montée Paiement and Avenue du Cheval-Blanc, Highway 50 and the Ottawa River.

All residents and institutions in the affected area must boil their water for one minute before consuming it and must continue to do so until Gatineau lifts the preventive boil water advisory.

Once it is lifted, residents are told to open all cold water taps and let the water run for one minute or until it is cold before consuming it. The same applies to water fountains.

Discard any ice that was made with tap water while the advisory was in effect.