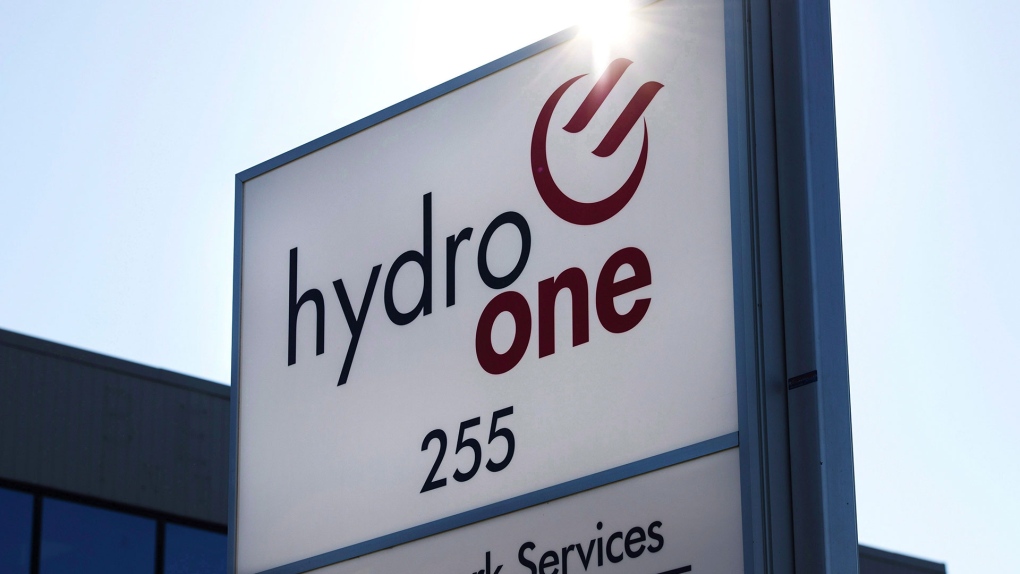 A Hydro One office is pictured in Mississauga, Ont. THE CANADIAN PRESS/Darren Calabrese

OTTAWA -- More than 6,500 Hydro One cstomers in the North Gower, Osgoode, Cambridge, Mountain, Marlborough, and South Gower areas were without power for several hours Sunday.

In a notice of forced interruption, Hydro One said farm equipment broke a hydro pole at around 1:30 p.m., prompting the outage.

Hydro One and Hydro Ottawa crews worked to replace the pole.

The estimated time of restoration was 11:59 p.m., according to Hydro One's outage map, but after 6 p.m., Hydro One revised the estimate down to 8 p.m. An email from the utility said crews were attempting to pick up customers from another source.

We're responding to an outage caused by a broken pole affecting approximately 6,500 customers in the #Winchester area. Crews are working to get power back on as quickly and as safely as possible. We thank you for your patience. For updates, visit: https://t.co/X0oZilRQ16 pic.twitter.com/OhNKUnUFkM

According to a tweet, it took until about 10:30 p.m. to restore power.

UPDATE: Power has now been restored to customers affected by the outage in #Winchester, #Osgoode and the surrounding areas. Thank you for your patience as crews worked to get the lights back on. Sign up for outage alerts here: https://t.co/woZihM8ofU pic.twitter.com/8IQJDvEBUQ