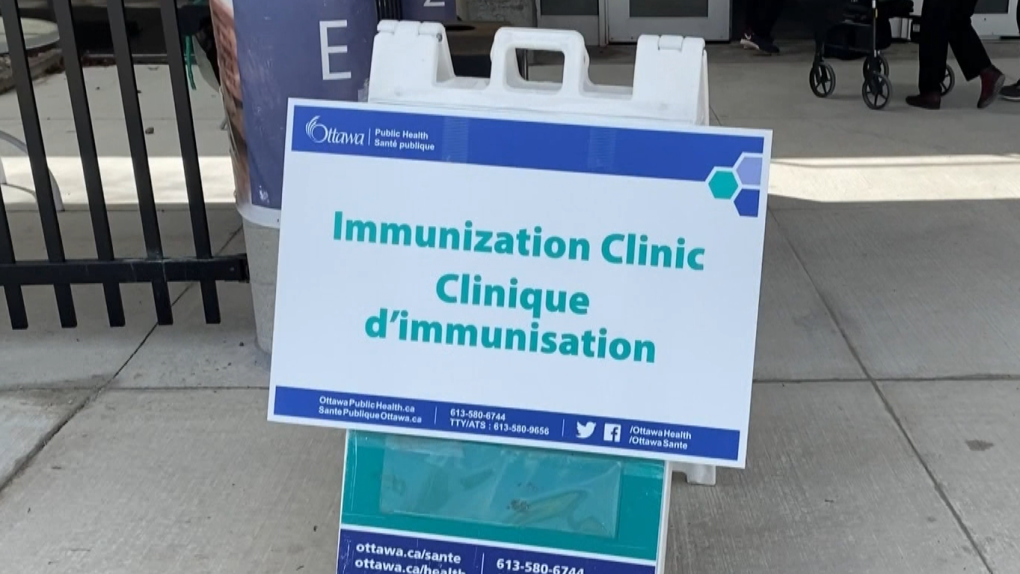 The outage was reported just before 5 p.m. Hydro Ottawa blamed inclement weather for the outage, which affected more than 11,000 customers across much of east Ottawa and parts of Orléans.

In a statement to CTV News Ottawa on Tuesday, Anthony Di Monte, General Manager of Emergency and Protective Services said vaccinations were paused briefly but were able to resume a short time later.

"The neighbourhood power outage that occurred yesterday impacted the community vaccination clinic at the St. Laurent Complex for approximately 45 minutes to an hour. No appointments were postponed or cancelled," Di Monte said. "People were given the option to wait and were accommodated once power was restored, or they were redirected to the community clinic at the Canterbury Recreation Complex. Approximately 50 people chose to go to Canterbury."

Di Monte confirmed that there was no vaccine spoilage as a result of the power outage.