The South Mountain Fair has returned for the weekend, for those who are looking to fly the coop, the fair in South Mountain, Ont. includes one exhibition that is literally for the birds.

While it might seem like a quiet Friday morning on the fairgrounds, a rooster crow from the Poultry Barn breaks the silence, where a competition is well underway to determine who has the best bird in the show.

"Last night they started coming in about 3:30," said Danny Johnstone, Chairman of the Poultry Division at the fair. "Usually about half of the birds come in then, the rest have got to be in this morning."

The barn is filled with more than 400 birds including regulars like chickens, ducks and geese, and some breeds you have likely never heard of.

Judges meanwhile are hard at work, going over every bird meticulously.

Reg Hughes has been judging poultry across Ontario for decades, getting into the hobby as a boy.

"I had chickens when I was 10 years old," he said. "They weren't show chickens, but then when I got up into my teens, then I started seeing all the different breeds and I decided I wanted to do it." 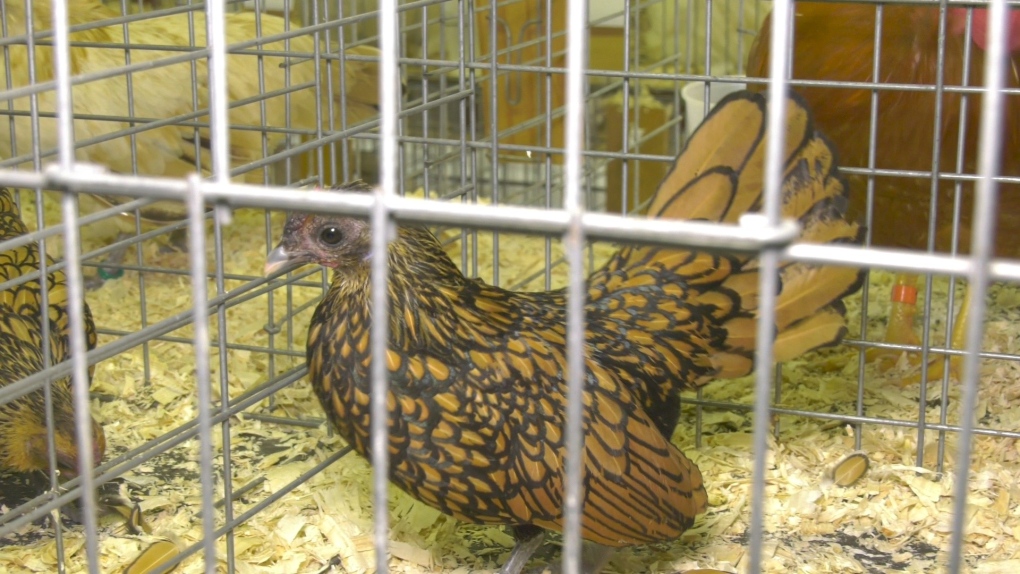 Hughes says judges have to know about each breed, and the characteristics and faults that come with them.

"When you take them out (of the cage) you go all over them, wings, beak, everything. You're looking at their head, eyes, every part of them," Hughes said. "Then you judge between the good points and the bad points."

Pigeons are one of the more popular show birds, with dozens on display.

"I'm not a pigeon guy but there's probably 20, 30, 40 different kinds of pigeons here," quipped Johnstone, noting exhibitors have come from across the region.

"We've got two or three from Kingston, from Athens, and then the whole surrounding area. Some have shown for years," he said.

"We had a phone call the day after we announced that it was not happening, that we were back on and ready to go," she smiled. "So the boys have been working hard to make it happen." 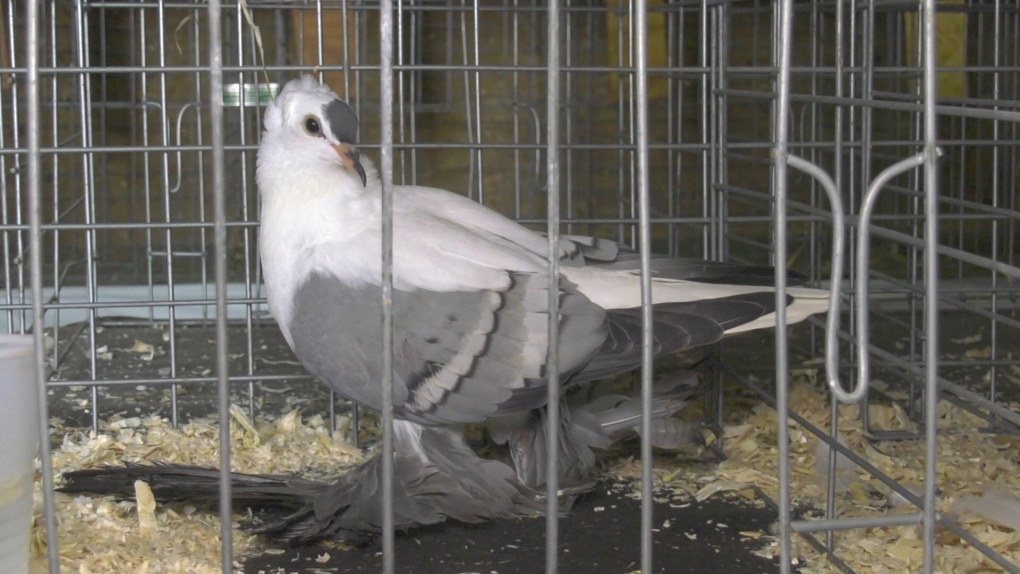 Frank Goodfellow has been judging birds since the mid-1970s, helping to judge the pigeons on Friday.

"Some of the things we look for are the condition of the bird," he notes, holding a Racing Homer pigeon and spreading its wings.

"We look for things like broken feathers and condition, this one has almost perfect wings so he's in excellent shape in that regard," Goodfellow said.

"You can feel the silkiness of the feather and the amount of flesh on the bird, all those things are taken into consideration when you are comparing them to another bird," he added.

Showing birds, however, is not really a money-making venture according to Johnstone.

"It's a hobby. You're not going to get rich off of it, let me tell you!" he laughs. "The price of feed and everything like that."

Just after 12 p.m., judges were marking the winners of each class. A silkie chicken, crowned champion of the bantam breed.

"A lot of the comments we get are, 'Oh my God, they are beautiful!' Well, they are," he added.

The fair, like many others across the region, has returned for the first in-person event in two years, celebrating its 130th year in 2022.

"It is wonderful to be back, it's been a long couple of years," Preston noted. "It seems surreal that we are back after this amount of time." 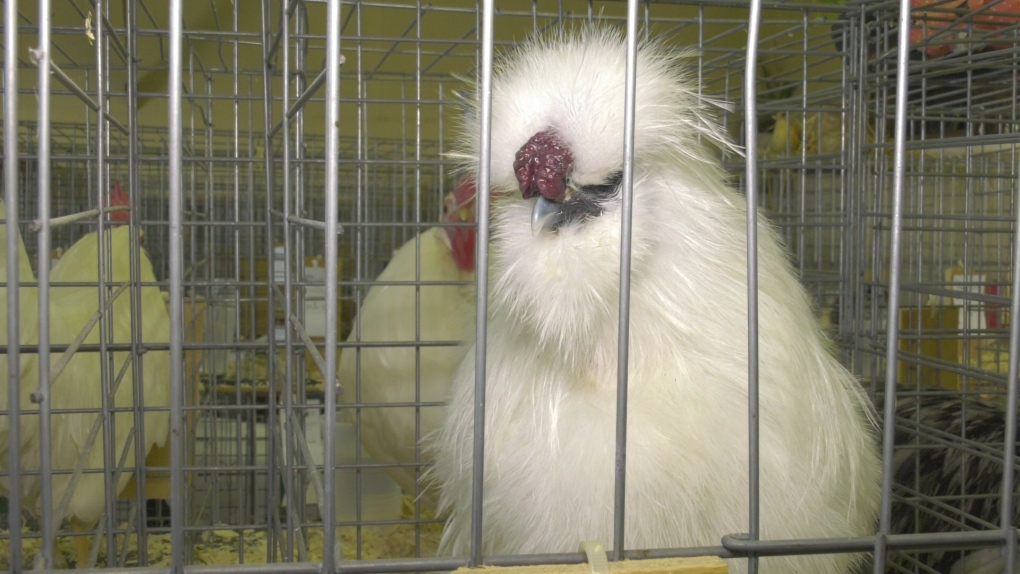 A silkie bantom chicken that won the championship in its class at the South Mountain Fair. (Nate Vandermeer/CTV News Ottawa)

Events scheduled over the weekend include the Black Creek Rodeo and live entertainment from the Reklaws and Washboard Union.

The midway is also open all weekend, with tractor pulls wrapping up the weekend on Sunday.

Tickets are $30 per day, which includes admission to all events and unlimited rides on the midway.

The full schedule can be found on the South Mountain Fair website.

Hurricane Ian left a path of destruction in southwest Florida, trapping people in flooded homes, damaging the roof of a hospital intensive care unit and knocking out power to 2 million people before aiming for the Atlantic Coast.

Canadians in Florida hunkering down as hurricane Ian lashes the state

Canadians in Florida are hunkering down as the massive Category 4 storm lashes the southwest coast with heavy winds and rain.

A fourth leak on the Nord Stream pipelines has been reported off southern Sweden, the Swedish news agency said Thursday.

Hurricane Ian hits the Florida Gulf Coast, 'Diagolon' leader Jeremy MacKenzie is arrested, and 'Gangsta's Paradise' rapper Coolio is dead at 59. Here's what you need to know to start your day.

The body of a famed U.S. extreme skier who went missing this week after falling from the world's eighth-highest mountain was recovered Wednesday and transported to Nepal's capital.