Positive COVID-19 signs, winter arrives and a councillor caught texting and driving during a meeting: Top stories in Ottawa this week 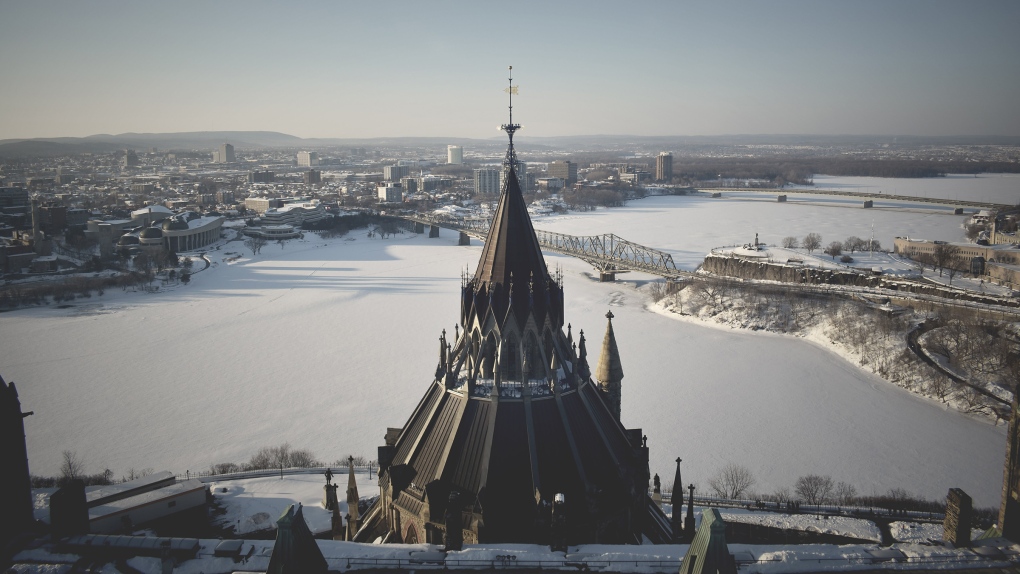 Library at Parliament Hill from above, overlooking the Ottawa River on winter's day. (Photo by SGC on Unsplash)

As Ottawa's COVID-19 cases and the positivity rate continue to fall, the medical officer of health says most of the credit goes to Ottawa residents.

"It's really thanks to the people in Ottawa, and thanks to the employers and others who are doing their part to make it possible," Etches told reporters, adding people have been practicing physical distancing and wearing masks.

"These are the things that actually can bring COVID down in a community."

Ottawa's COVID-19 rate per 100,000 people, test positivity rate and Rt number are inching closer to the threshold for Ottawa to move into the "yellow-protect" zone, but Dr. Etches said she wants to see solid declines before Ottawa moves out of the "orange-restrict" zone.

"To protect the privacy of the individuals, OPH cannot disclose additional information," said Ottawa Public Health in a statement to CTV News Ottawa.

A second outbreak with three cases was reported during the week. 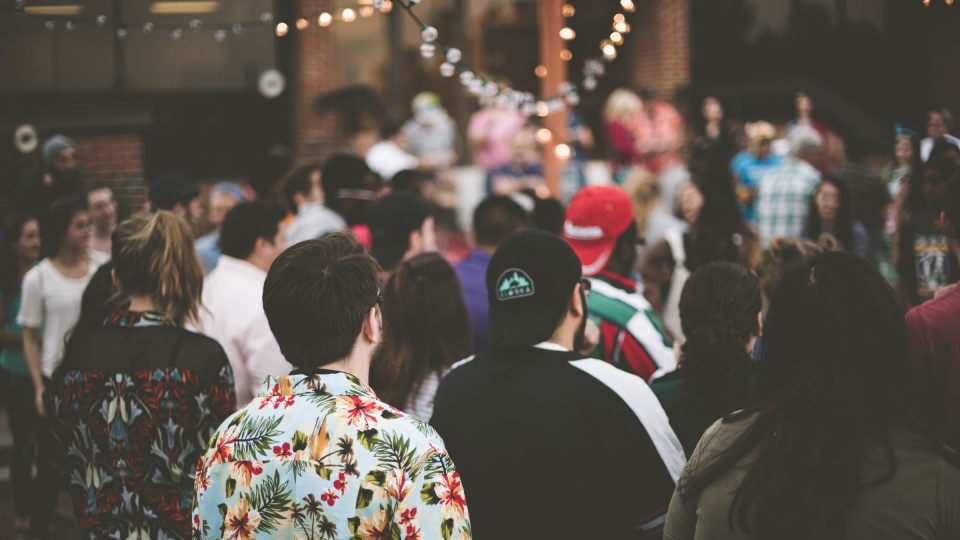 Winter weather in Ottawa will be a 'little fickle' this year: Environment Canada

Ottawa received its first taste of winter weather this past week, with two storms moving through the region.

Environment Canada's David Phillips tells CTV Morning Live that this week's weather was a preview of what's ahead for Ottawa through the winter months.

"Kind of a little fickle and fitful, hard to put a label on the winter. I think it's not going to be memorable from a brutally cold or a balmy kind of winter, I think there will be something for everybody," said Phillips.

"You'll get a certain amount of snow, and you'll get rain, you'll get freezing rain – it will be a real mixed bag. I think it will make winter go faster when it's very changeable and variable, but it's hard to plan your activities based on such an up and down kind of weather scene that we see this coming winter." 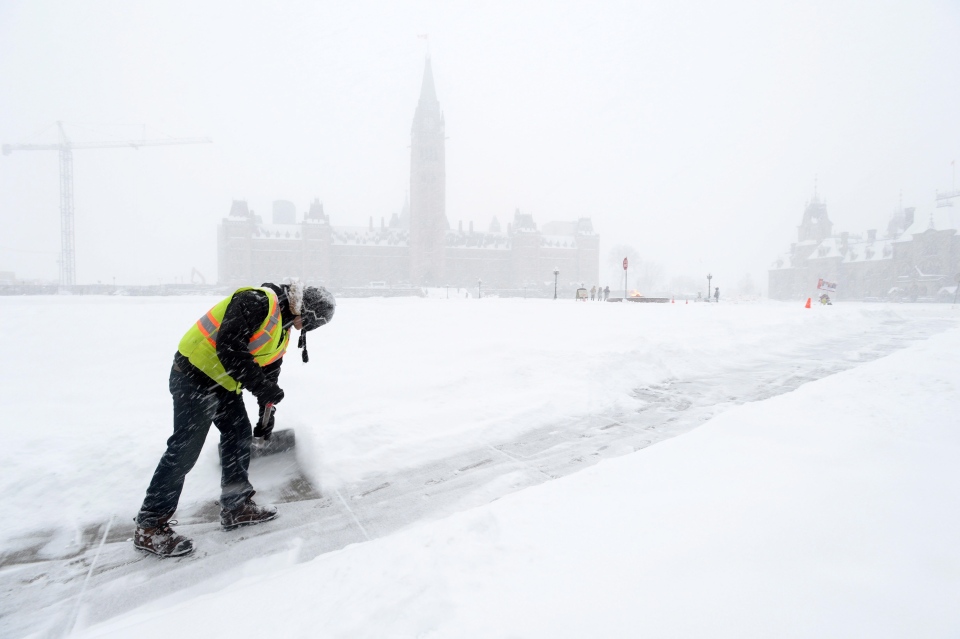 Council gave the green light to plans for a $3 billion light rail train line from Algonquin College to Barrhaven.

Councillors voted 18 to 4 to build the Barrhaven Light Rail Transit Line, including demolishing 120 homes in the Manor Village and Cheryl Gardens neighbourhoods for the route alignment.

On Saturday, Manor Village resident Alison Trowbridge told Newstalk 580 CFRA's "The Goods with Dahlia Kurtz" that council's decision created a lot of stress for her and her seven-year-old son.

"Unfortunately, he has been watching all of this happen and it’s causing him tremendous stress. That's not stress a seven-year-old should be having," she said. "As much as he understands, he doesn't understand the idea of a housing, a homelessness crisis but he understands the words, 'you're going to lose your home' and those aren't the things he should be worrying about as a child."

Trowbridge says Ottawa ACORN wants the City of Ottawa to establish a rental replacement bylaw to protect tenants and ensure they have a new place to live if forced from their homes.

The city will set up a working group to find housing solutions for the tenants, including Ottawa Community Housing. 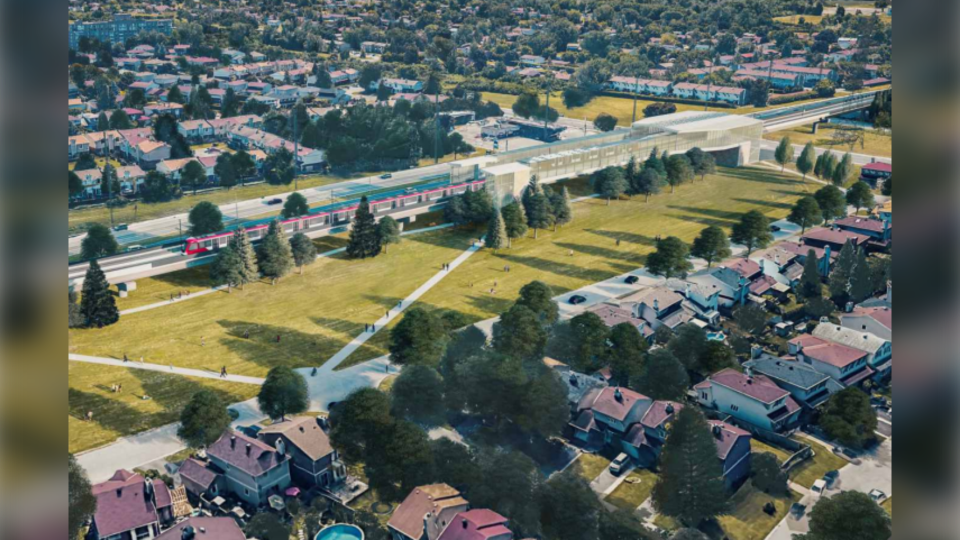 An Ottawa councillor who was recorded on a virtual committee meeting texting and driving says he voluntarily went to Ottawa police to pay a fine.

During Tuesday's audit committee meeting on Zoom, Osgoode Coun. George Darouze could be seen getting into a car and driving while in the meeting. The video appeared to show Darouze using his phone while driving and wearing headphones.

"(Tuesday) morning I was texting and driving. This was stupid thing to do and I should not have done this. I commit to my family and residents that this won't happen again," Darouze said in a statement on Facebook.

On Wednesday, Darouze said he went to the Ottawa Police Service station on Leitrim Road to give a statement, in order for officers to issue a $615 fine under the Highway Traffic Act.

"I promise that this will never happen again. I want to continue to be an advocate for Safer Roads Ottawa and work with OPS on their Leave the Phone Alone initiative, and by requesting and paying this fine, I hope I and others can learn from my experience." 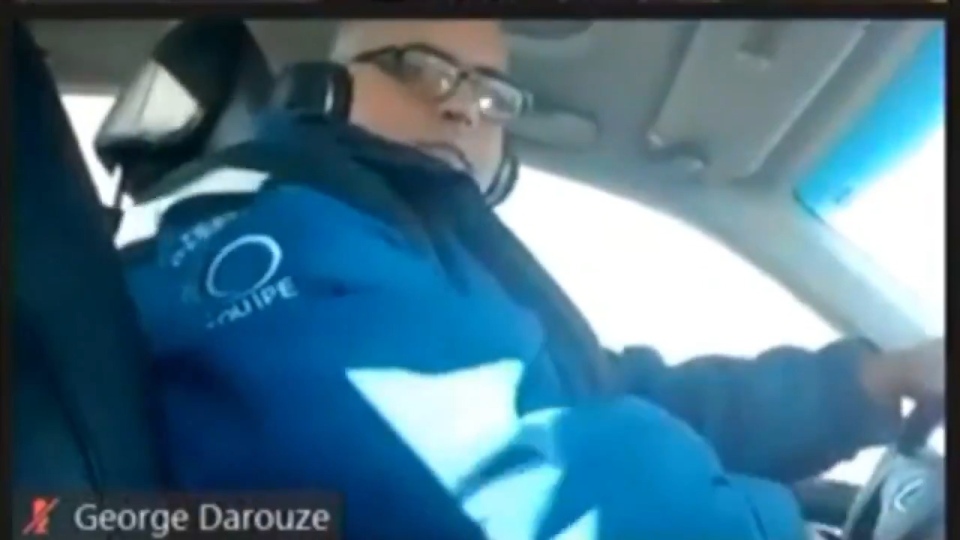