Portraits of prime ministers as Animals: An Ottawa Artist and Pet Industry worker creates a 'Countdown to Canada Day' 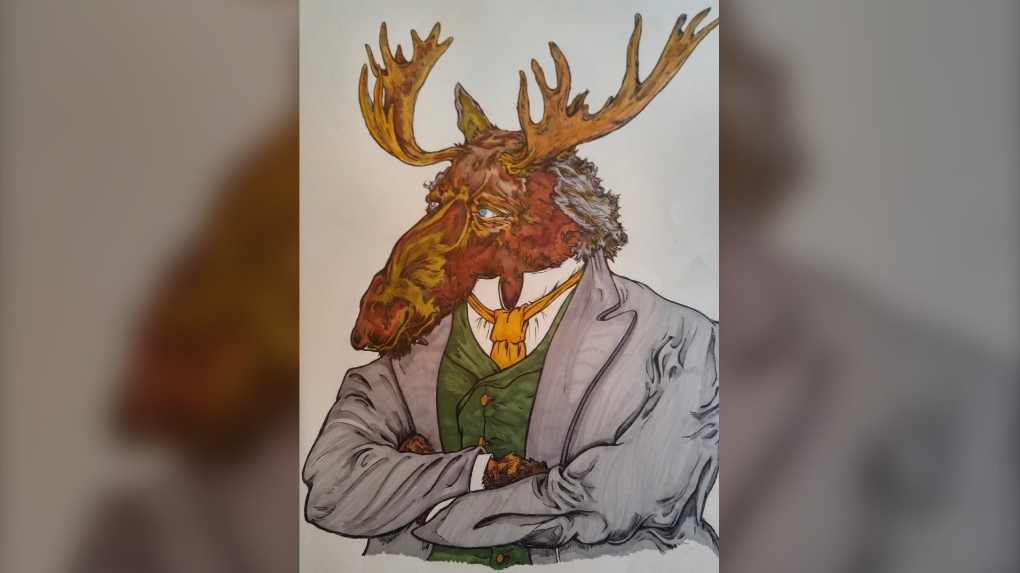 OTTAWA -- John Shirreff was surfing the internet, learning about Canada’s 23 prime ministers, when he came across a photo of Sir Robert Borden, our country’s leader from 1911 to 1920.

"When I started looking at it and researching the PM’s, the older ones with their mutton chops and big moustaches and clothing, just screamed animals to me," said Shirreff.

That’s when Sheriff got his Canada Day inspiration.

“I got this crazy idea that I could match portraits to iconic Canadian animals.”

“I wanted to do a countdown to Canada Day so I had to look at a calendar and think this one has to be posted on June 9 if I want Justin Trudeau on Canada Day.”

Sir John A. Macdonald is a moose, while Brian Mulroney is a muskox.  Jean Chrietien is a beluga whale; John Diefenbaker’s a snowy owl. Elder statesman Joe Clark is a badger.

For Shirreff, every leader inspires a different animal; some because of their personality, others by virtue of their names.

“Paul Martin is a Purple Martin.   John Thompson’s middle name is ‘Sparrow’, so that’s a no brainer,” he said.

“I looked at Sir Mackenzie Bowell and he looked like a polar bear to me. I decided to turn him into a polar bear.”

The artist creates the portraits at his dining room table in west-end Ottawa, or in his backyard on sunnier days.  He posts them on Instagram and every day places a portrait on his front lawn for neighbours and passersby to enjoy.

“I walk them out every morning and lean them against a tree with a little sign that says ‘Countdown to Canada Day.’  They’re here all day and it’s a quiet little street and now neighbours anticipate them.  It engages people to look at their history and it is Canada Day," Shirreff said.

“It’s going to be a very unusual Canada Day with no celebrations, fireworks or fun.

So, Shirreff is providing a little fun on his front lawn, and neighbours love it.

“I give you Borden,” Shirreff says to neighbour Pam Wilcox, gesturing to a portrait under his tree.

“It’s such a fun thing to look forward to every day.  Children are riding by, people are stopping, so yeah, I think it’s a great thing.”

Wilcox photographs the portraits daily and shares them with family on Canada’s east coast.

“She said if I don’t share them with my relatives in Nova Scotia they’re going to go crazy,” Shirreff laughs.

Shirreff’s series culminates Wednesday with the unveiling of a portrait of our current prime minister.

“Mr. Justin Beaver,” he laughs.  “Complete with that crazy COVID hair of Justin’s.  It just had to be included and works well with the beaver,” he said.