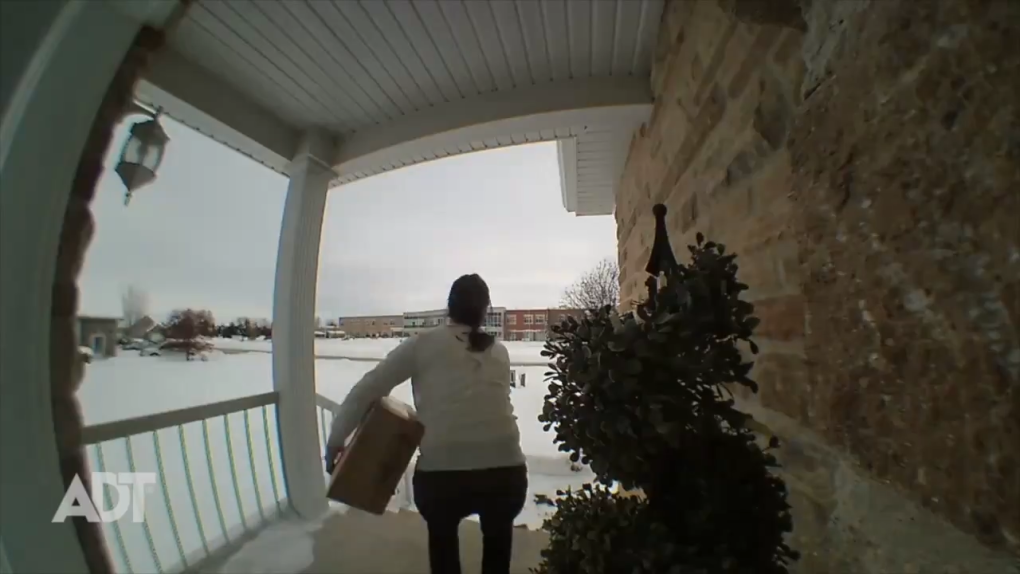 Ontario Provincial Police investigating the theft of a package from a home in Casselman on Jan. 25. (Photo courtesy: Twitter/OPP_ER)

OTTAWA -- Ontario Provincial Police are hunting for a porch pirate after a parcel was stolen off the front porch of a home in Casselman.

In a message on Twitter, the OPP says a suspect stole a parcel from the front porch of a home on Des Pommiers Street in Casselman on Jan. 25.

Casselman is about 50 kilometres southeast of downtown Ottawa.

In early December, several homeowners in Ottawa's west-end reported being the victim of porch pirates.

According to the Kanata Lakes Community Association, thieves stole packages from several homes, including while people were at home.

Tips to protect your packages include timing the exact delivery, requiring a signature and using a safe package drop box on your porch.

#RussellOPP needs your help to identify this person in connection with a "porch pirate" incident in #Casselman. Happened Jan 25th at 3pm at a home on Des Pommiers St. Info? Call #OPP @ 1-888-310-1122 or @CrimeStoppersOT. #ottnews #crime ^bd pic.twitter.com/kezlA0uozh