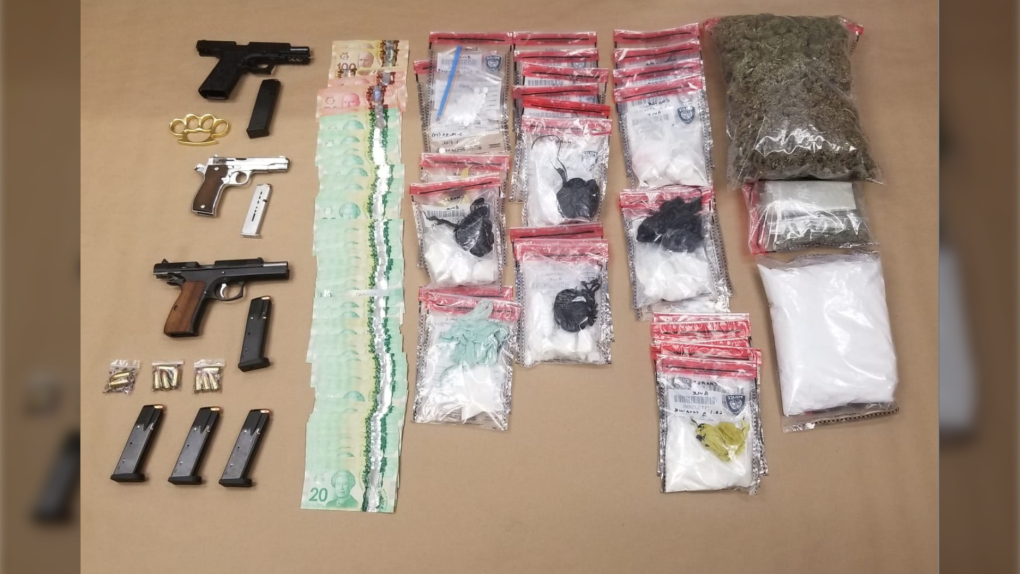 Ottawa Police have laid a long list of charges against two Ottawa men and one woman following a bust in the city’s south end Thursday.

Police say they searched a home on Schooner Cres.–near Earl Armstrong and Spratt–at around 4:00 p.m. Thursday. Three loaded handguns were seized, along with a set of brass knuckles, quantities of cocaine, oxycodone pills, cannabis, and cash.

Juan Millan, 26; Tyann Strachan, 24 and; Simran Sharma, 21, have been jointly charged with”

Strachan is also facing charges of resisting arrest, a second count of possession of the proceeds of crime under $5000, and three counts of breach of recognizance.

All three are scheduled to appear in court Friday.