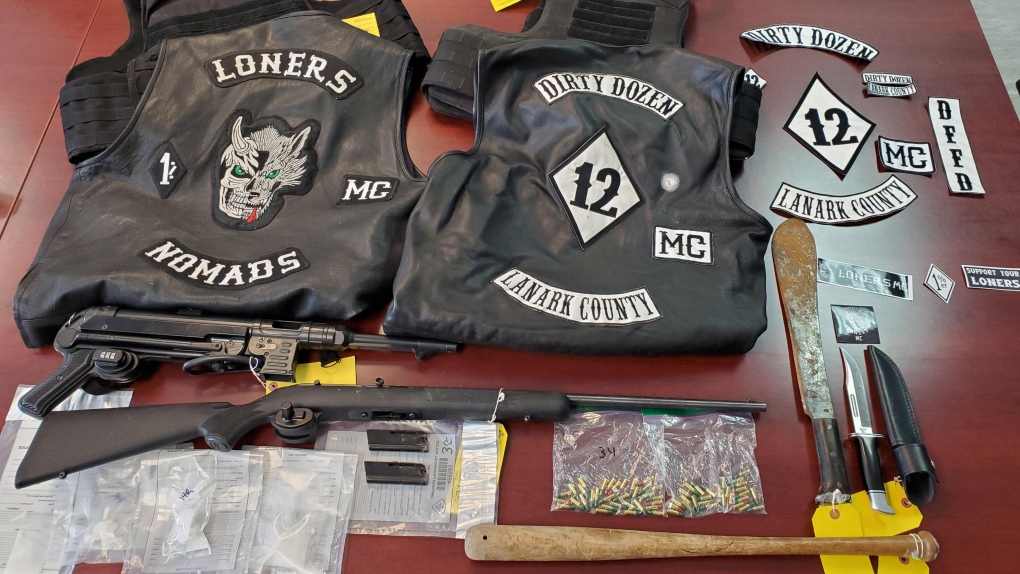 Police have arrested and charged a Loners Motorcycle Club member in Ottawa with drug and gun offences after a three-month investigation.

Officers conducted a search warrant in southeast Ottawa on Wednesday. Along with arresting a 48-year-old man, investigators seized drug and gun paraphernalia.

Police seized 60 grams of cocaine, oxycodone tablets, psilocybin, two ballistic vests, a .22-calibre rifle, a 9-mm rifle with a modified barrel, magazines, ammunition, more than $1,800 in cash as well as a Loners MC and Dirty Dozen MC vest and clothing.

William Scharf, 48, is charged with nine drug and gun offences. He appeared in court on Thursday.

The Loners Motorcycle Club was founded in Woodbridge, Ont. in the late 1970s and has since expanded across Canada and beyond.