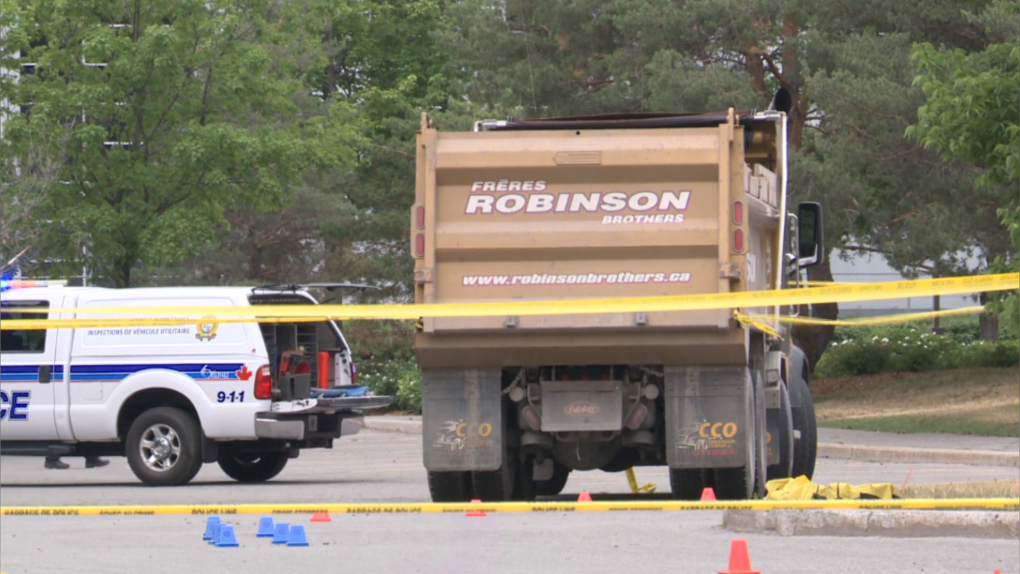 A large truck can be seen at the scene of a collision investigation. A male cyclist in this 30s is in critical condition.

OTTAWA -- Ottawa police are looking for witnesses to a collision near the Parliament buildings that sent a cyclist to hospital in critical condition.

Emergency responders were called to the corner of Wellington Street and Lyon Street just after 12 noon Thursday for a collision involving the driver of a dump truck and a cyclist.

A Robinson Brothers dump truck could be seen behind police tape at the scene.

An Ottawa police constable on the scene gave the cyclist emergency first aid before paramedics arrived. Paramedics confirmed severe injuries and brought the man to the trauma centre.

In a press release sent Friday, police said anyone who witnessed the collision is encouraged to call the collision investigation unit at 613-236-1222, ext. 2490.

A police spokesperson told CTV News by phone Friday morning the victim remains in critical condition. No other details about how the collision happened were released. The investigation is ongoing.