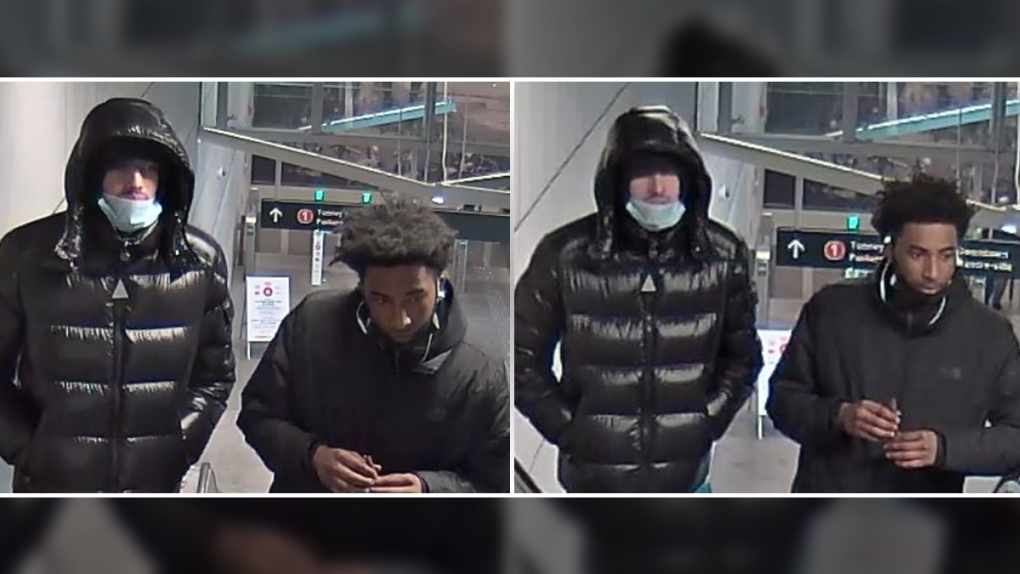 Ottawa police are asking for help identifying these two individuals, who are suspected of robbing people who were waiting for public transit in the St. Laurent area. (Ottawa police handout)

OTTAWA -- Ottawa police are asking for the public's help identifying two people accused of robbing teenagers who were waiting for public transit.

In a release, police said two male suspects approached the teens at around 5 p.m. Nov. 13 in the area of St. Laurent Boulevard between Donald Street and Ogilvie Road (1000-block of St. Laurent Blvd). The teens tried to leave but were robbed of some personal possessions. They were not physically hurt.

Police describe one suspect as Middle Eastern, stranding roughly 6-foot-3 (193 cm), with a slim build. He's believe to be 19 to 20 years old. He was wearing a black puffy jacket, a black hat, blue and black pants, a light blue medical mask, and white and black Nike Airforce 1 shoes.

The second suspect is described as Black, standing about 5-foot-10 (178 cm), with a medium build. He is also believed to be 19 to 20 years old. He was wearing grey pants, a black hoodie, a black jacket, and black Nike Airforce 1 shoes.