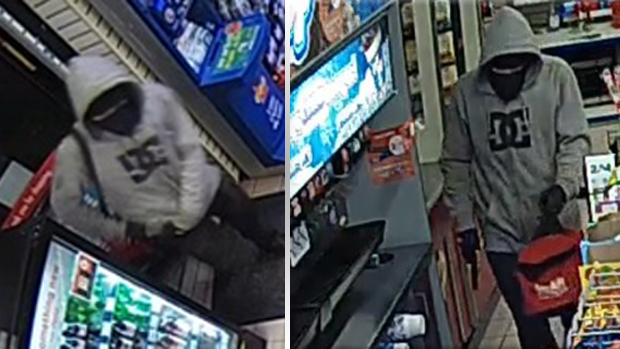 OTTAWA - Ottawa Police are looking for a suspect wanted for an armed robbery in the city's west end in late October.

Investigators say the man carrying a handgun walked into a store October 29th in the 1500 block of Woodroffe Avenue. He demanded the employee hand over cigarettes.

The store employee complied, and the suspect fled on foot with a large amount of cigarettes in a red gym bag.

The suspect is described as a Caucasian male, approximately 5’11 (180cm), 200 – 210 lbs (91-95kg). He was wearing a grey hooded sweater with the DC shoes logo on the front, black pants, black mask, black gloves, and black boots. He was carrying a red (Fitness Good Life) gym bag.