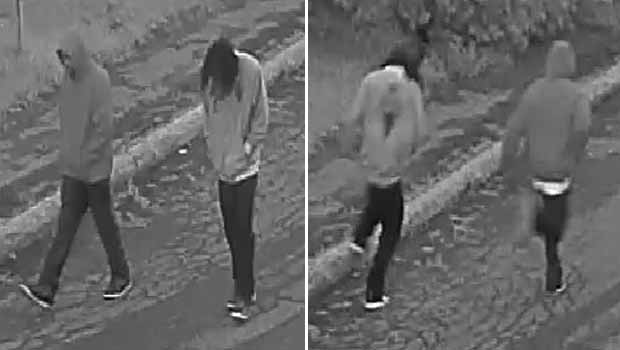 The Ottawa police guns & gangs unit is looking for 2 men in connection to a shooting on August 17th. Ottawa police tell CTV Ottawa that investigators believe the targetted shooting  was retaliation for an incident that happened earlier on at a different location in the City.

No one was injured in the shooting.  It happened around dawn. Five shots were fired  at a townhouse at a  Co-op on MCarthy road.

The Co-op has signs indicating the area is under video surveillance.  In the photos released by police both men have their heads down. Police also released a photo of two vehicles they hope to identify.

Investigators in the Guns and Gangs unit are looking to speak with anyone who recognizes the two men or the vehicles.
If you have information call 613-236-1222, ext. 5050