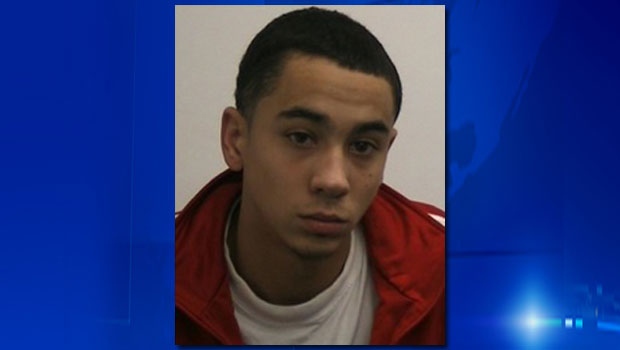 18-year-old Devontay Hackett is wanted on a Canada-wide warrant in the stabbing death of 18-year-old Brandon Volpi. (Ottawa Police Service)

Ottawa Police are once again appealing to the public to help them locate an alleged murder suspect.

Police continue to call the grade 12 student “armed and dangerous”,  after issuing a Canada-wide warrant for his arrest June 10, 2014.  Hackett is facing a charge of second degree murder in the prom-night stabbing death of Brandon Volpi, 18.

Volpi was stabbed in the neck and chest during a fight outside downtown Ottawa’s Les Suites Hotel in the early morning hours of June 7, 2014.  Volpi, a St. Patrick’s High School Student, and Hackett, a St. Pius X High School student, were both staying at the hotel for after-prom parties the night of the stabbing.  It’s believed the two young men knew each other but not well.

Hackett, the young man police allege is the lone suspect in the case, is described as 6 feet tall, with brown eyes, short brown hair and light brown skin.

His family worries for his safety and is calling on Hackett to come home.