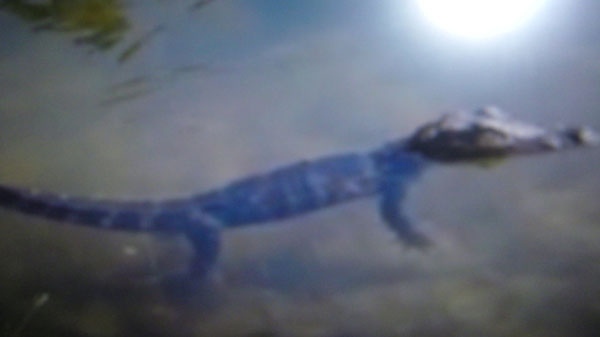 A photo of an alligator in Mill Pond taken on July 15, 2011 has been released by Stirling-Rawond Police.

STIRLING, Ont. - Two eastern Ontario men are redoubling efforts to prove an alligator has moved into their local mill pond after police cast doubt on their claim.

Ron Main and Joerg Weidemann say they've seen the gator with their own eyes and plan to search the pond in Stirling, Ont., to bring back proof.

Main thought he'd obtained evidence last week when he snapped a picture, but police say the image of the gator provided to them was just "a photograph of a photograph."

Main says the original picture was deleted from his camera and suspects something happened to the image when it was lifted from his Facebook page.

He and Weidemann both say the picture is not a hoax.

Police in Stirling-Rawdon, northwest of Belleville, Ont., say "the local reptilian legend may not be what it seems" but that they will continue to take reports of alligator sightings seriously.