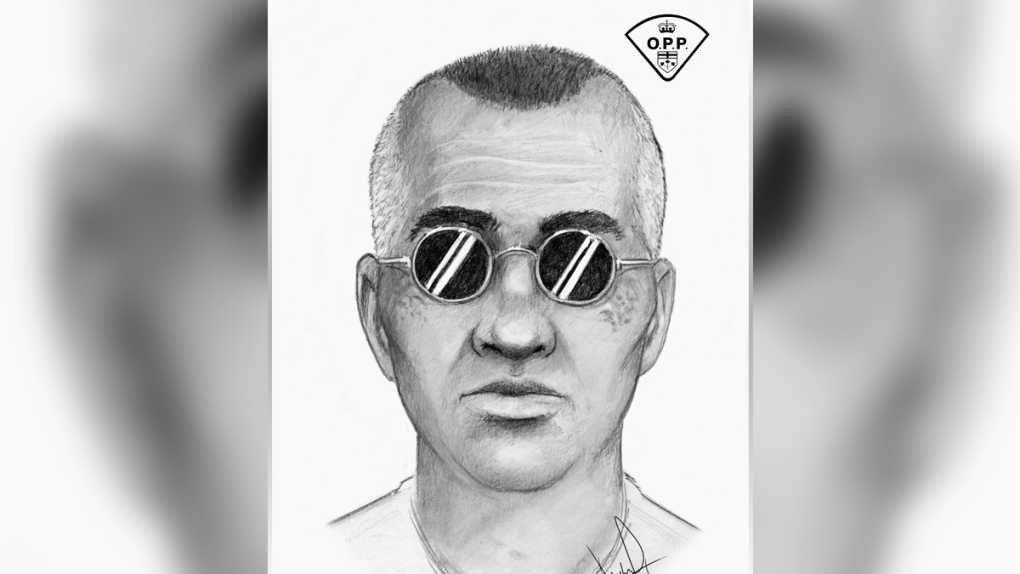 A composite sketch of a man suspected of trying to pull a child into his SUV near March Road and Second Line Road in Kanata on Nov. 6, 2020. (Photo supplied by the Ottawa Police Service)

OTTAWA -- Ottawa police have released a composite sketch of a man who is suspected of trying to abduct a child in Kanata earlier this month.

According to a police press release, two children were leaving a park in the March Road and Second Line Road area at around 3:40 p.m. Nov. 6, when a man driving a white SUV approached.

Police allege that the man tried to pull one of the children into his vehicle but became scared and drove off. The children were not physically harmed.

Police said officers responded to the area immediately after being called but the suspect was not found.

The man is described as Middle Eastern, about 50 to 60 years old, with dark hair that is greying on the sides. It is believed that he spoke Arabic at the time of the incident.

The SUV is described as long, white, and with a broken mirror and a peeling license plate.

Police are asking anyone with information about the identity of the man to call Ottawa Police Major Case Management at 613-236-1222, ext. 5760 or email mcm@ottawapolice.ca.

Anonymous tips can be submitted by calling Crime Stoppers toll-free at 1-800-222-8477, or at crimestoppers.ca.