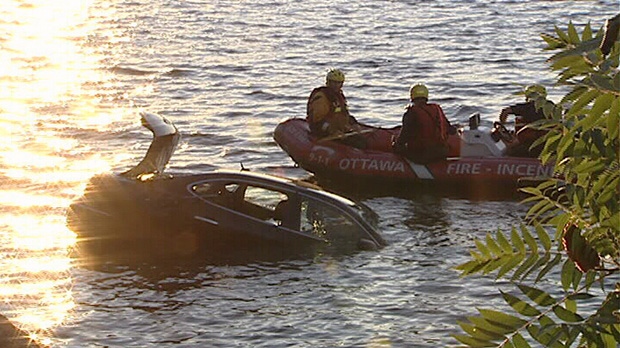 Ottawa police are looking for more information after an abandoned, stolen car was found in the Ottawa River Wednesday night.

Fire crews were called to the scene near 1931 Regional Road 174 around 7:19 p.m. to check if there was anyone still inside.

They said they winched the car closer to shore and found it was empty, while water rescue teams didn’t find anyone in the area.