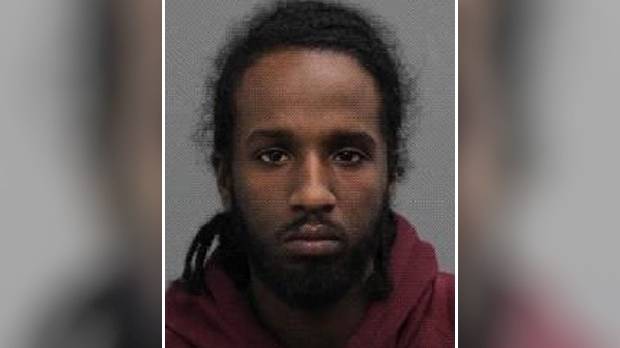 27-year-old Abraham Bihi is wanted in connection with a shooting investigation on Woodroffe Avenue and Navaho Drive.

Ottawa Police have named a second suspect who is wanted in connection with a shooting investigation on Woodroffe Avenue and Navaho Drive.

Police were called to that area at around 2:25 a.m. Saturday, August 26. Police determined gunfire had been exchanged in the area.

A 25-year-old man later turned up in hospital with gunshot wounds.

Police have already announced they are looking for 25-year-old Joseph Madore in connection with this case.

Bihi is facing the following charges:

Anyone with information regarding this investigation is asked to call Ottawa Police's Guns and Gangs Unit at 613-236-1222, ext. 5050. Anonymous tips can be submitted by calling Crime Stoppers toll-free at 1-800-222-8477 (TIPS), or by downloading the Ottawa Police app.