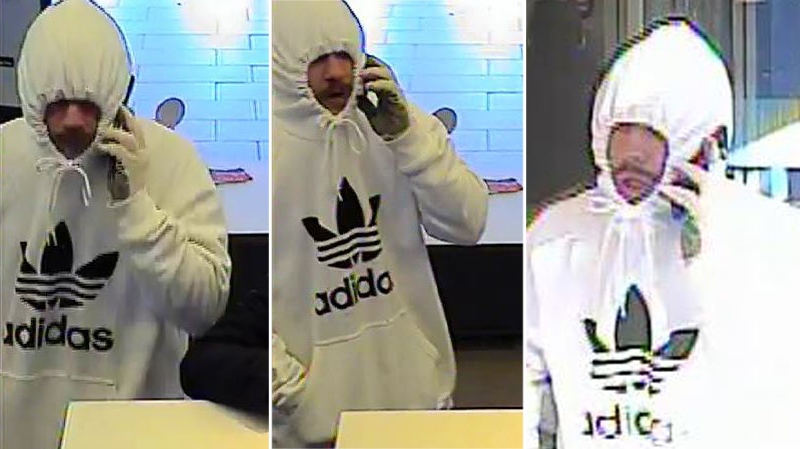 A suspect in a series of bank robberies in November in Ottawa is described as white, between 5'8 and 5'10, in his mid-20s with light or reddish facial hair. (Ottawa Police)

The Ottawa Police are on the lookout for a man wanted for robbing half a dozen banks in the city.

Between November 6th and the 17th, police say a lone suspect walked in to banks in all corners of the city and demanded cash.

According to police, in at least one case the suspect may have been carrying a knife and it's believed he had a driver waiting for him outside the bank in several cases.

Police say in each case he made very deliberate efforts to hide his face.

The incidents happened as follows: