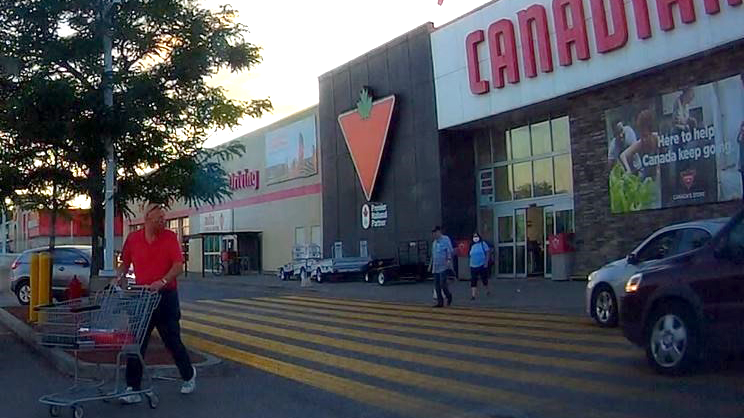 Ottawa police are looking to speak to the three people in this photo, who were in the Canadian Tire parking lot at Merivale Rd./Woodfield Dr. Friday, July 31, at around 8:20 p.m. (Ottawa police handout)

OTTAWA -- Ottawa police say they have laid charges in connection with a hit-and-run crash on Merivale Road last Friday that injured a 15-year-old and they are looking to speak to three people who were nearby.

Police said a driver hit a teen boy with a van in the area of Merivale Road and Woodfield Drive at around 8:20 p.m. Friday and then drove away. The 15-year-old suffered serious injuries and remains in serious condition in hospital.

An arrest was made the following day.

Now, police are asking for help identifying three witnesses who were in the Canadian Tire parking lot near the scene Friday evening between 8:20 and 8:30 p.m.(see photo above).

Anyone with information is asked to contact the Ottawa Police Collision Investigation Section at 613-236-1222, ext. 2481, or by email at collisions@ottawapolice.ca.