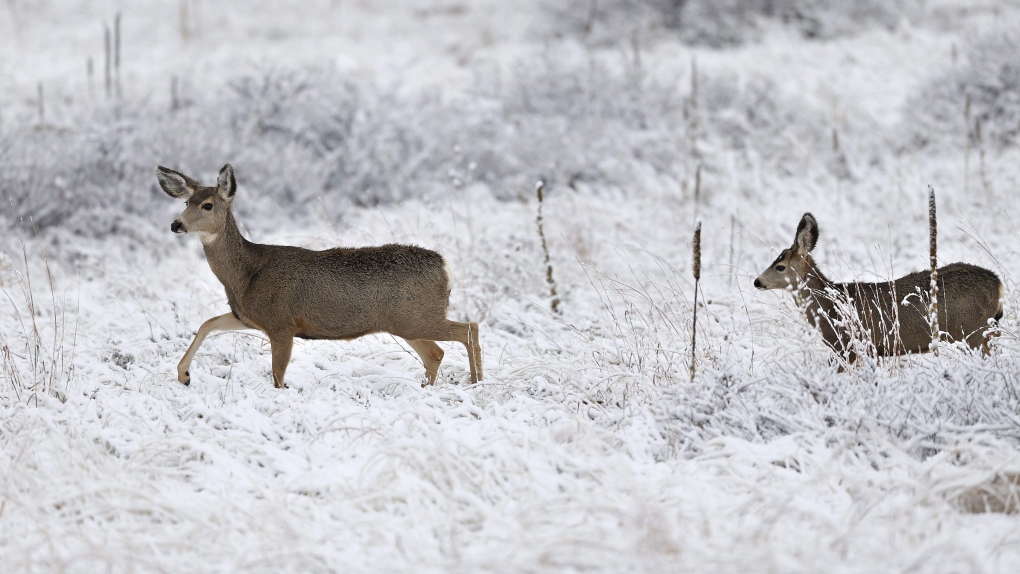 Leeds County OPP say they have responded to 12 collisions involving deer this year.

OTTAWA -- Police are warning drivers south of Ottawa to be cautious after a rash of crashes involving deer.

Leeds County OPP say they have responded to 12 collisions so far this month involving deer.

“It’s a lot for this time of year ,” OPP Const. Erin Cranton said. “Generally speaking, once January comes we see a decrease.”

No humans were injured in the collisions. But police are issuing several reminders on how to drive safely in areas where deer could appear.

First, drive the speed limit or slower in high risk areas and scan the sides of the road. At night, use high beams where possible.

If a deer is in your way, consider using your brakes, but make sure not to swerve. Swerving can cause you to lose control of your vehicle and make things worse.

“A lot of people think it’s better to swerve for wildlife, but you could end up causing more than s single vehicle collision,” Cranton said.

Sometimes braking immediately could allow you to slow down enough to safely drive around the deer.

Also important to remember, police say: some animals travel in groups, so if there’s one there may be more.

Any collision involving wildlife that results in damage over $2,000 or injury to any occupant must be reported to police.