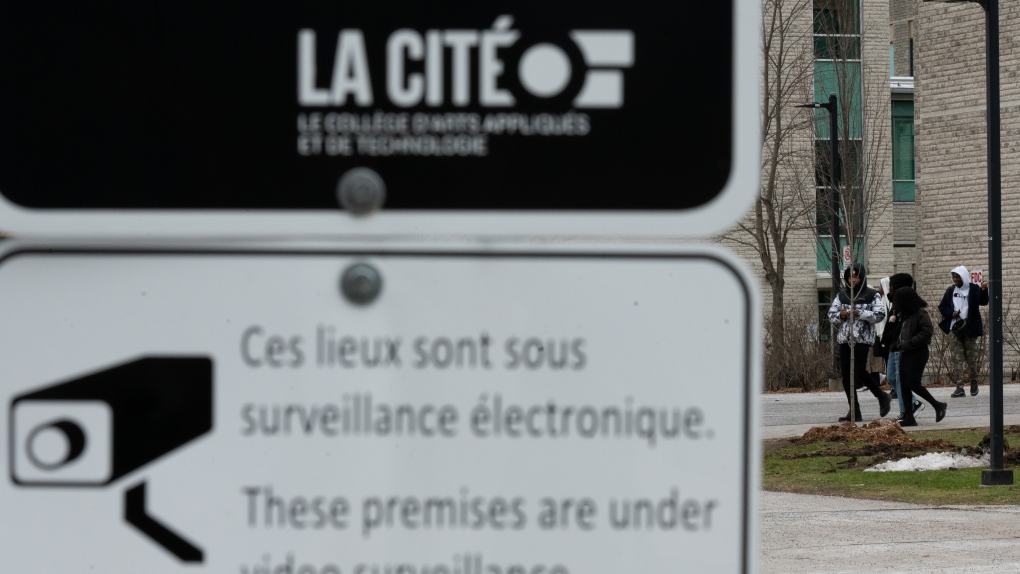 Students leave La Cite school in the east-end of Ottawa as members of the Ottawa Police Service (OPS) investigate an incident on campus, on Friday, Dec. 2, 2022. (Spencer Colby/THE CANADIAN PRESS)

Ottawa police say there is no threat to students or the public, following an investigation into "threats to a learning institution" in Ottawa's east end.

"Police have an open and active investigation of threats to a learning institution in this area," police said on Twitter Friday afternoon. "There is no immediate threat to the public. Police and partners are taking all precautions possible. There will be an increased police presence for the next while."

Just before 4 p.m. Friday, police said their officers had cleared the scene and the investigation is ongoing.

"Following a thorough assessment and initial investigation, police have determined there is no threat to students or the public."

As 1:35 p.m., the French-language college said, "Following discussions with Ottawa Police, the college has made the decision to close its Ottawa and Orleans campuses for the afternoon."

"Members of the college community on site are asked to leave the premises calmly under the supervision of the police," La Cité said on Twitter.

Ottawa's French Catholic school board says l'Ecole secondaire catholique de l'Innovation was placed in a safe mode following a recommendation from police. Ecole Montfort and College Samuel-Genest were in an "environmental" lockdown until the end of the school day.

Republicans in some heavily conservative states won their campaigns for secretary of state last year after claiming they would make sweeping changes aimed at keeping fraud out of elections.