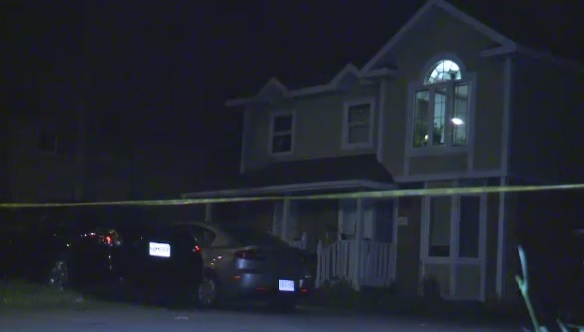 Police were on scene at the home on Pinecrest late Monday night.

Ottawa Police say no foul play is suspected after a person's death in the city's west end Monday night.

Police had an address at 988 Pinecrest Road Cordoned off late Monday evening. Neighbours tell CTV News a young man had been found dead inside the home.

Ottawa Paramedics say they transported a man in his 20s to hospital after a fall down the stairs at an address on Pinecrest Road the same evening, but could not confirm whether it was the same address.