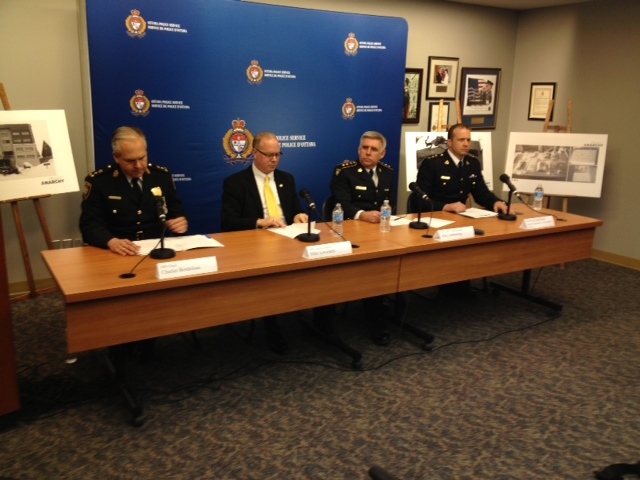 Police say this drug trafficking network was led by Hisham "Terry" Alkhalil and that he and his family have been known to police for several years.

Nine men, mostly from Ottawa, are facing charges including trafficking cocaine, possession of cocaine for the purposes of trafficking, careless storage of a firearm and possession of a prohibited/restricted firearm with ammunition readily available.

In all, 75 charges were laid. The amount of cocaine seized has a street value of more than $12 million.

Police say this network has ties to ties to organized crime groups on international, national and local levels.

19-year-old Reagan Kavanagh of Ottawa had been wanted on a Canada wide warrant but turned himself into police.

Police say Ravinder Grewal and Bassam Elouta of Toronto are still wanted on Canada wide warrants and should be considered armed and dangerous.