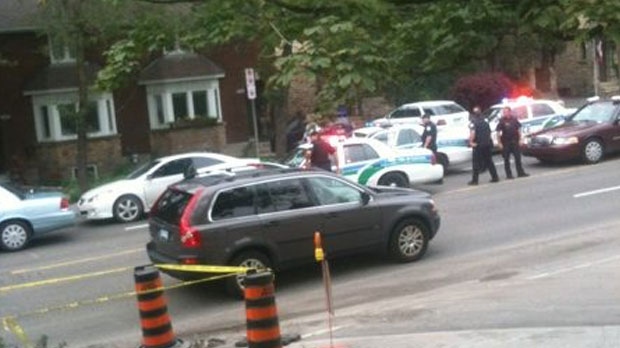 A 24-year-old Gatineau man has been arrested after police pursued a stolen car in a high-speed chase that began in Aylmer and ended in Ottawa.

Gatineau police say the chase started in Aylmer shortly before noon and ended near Bronson Ave. and Fourth Avenue in Ottawa’s Glebe neighbourhood around 12:05 p.m.

The driver was the only person in a stolen two-door Toyota Solara.

Police deployed a spike belt in Hull to try and stop the vehicle, but the chase continued.

The car was involved in a minor collision on Montcalm St. in Hull before crossing the Chaudiere Bridge into Ottawa.

No one was injured. Police say the driver was known to them. An investigation is ongoing.