RCMP and OPP have shut down a large-scale drug lab near Ottawa capable of producing millions of pills. Two men were arrested and search warrants conducted over the weekend at a property in Montague Township, west of Ottawa and another at a home in Gatineau. This was a huge drug lab with enough chemicals on site to produce nearly five million ecstasy pills.

More than 70 police officers and other first responders descended on the property in Lanark County to dismantle toe clandestine lab.  In addition to the chemicals, they also found 80 kilograms of pills ready to be sold, another with 3 weapons and $80-thousand dollars in cash.

37-year-old Cassian Popa of Montague was arrested along with 34-year-old Jonathan Cayer of Gatineau.  They've both been charged with drug related offences.

RCMP Superintendent Guy Rook, the North East District Commander comments said, “This was a very large seizure of synthetic drugs. Clandestine labs pose a huge risk to the residents who live nearby from fire, explosion and toxic chemicals. Clandestine labs and the drugs from them have a destructive impact on people, communities, and the environment, both in rural and urban areas. We will continue to target any clandestine labs."

Popa and Cayer appeared in an Ottawa court room this morning.  The Crown has asked that the case be set over to Friday. 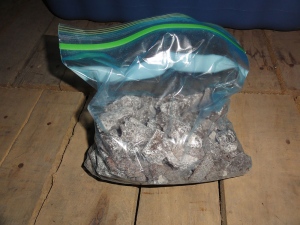