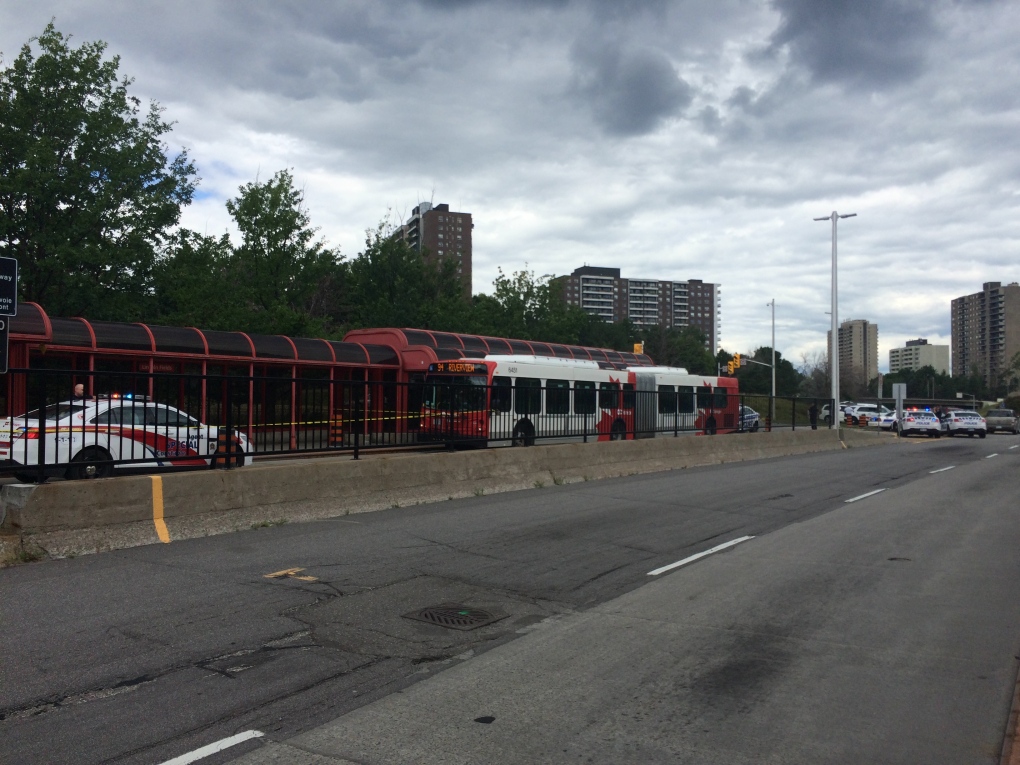 Suspect in custody after stabbing in west-end

A suspect is in police custody following a stabbing at an OC Transpo station on Thursday.

Ottawa Police have arrested 19-year-old Ahmed N. Alotaibi of Ottawa. He is charged with aggravated assault, assault with a weapon and possession of a weapon.

Police say the suspect turned himself him Thursday night following the incident at Lincoln Fields station.

The arrest comes after a stabbing on an OC Transpo bus at Lincoln Fields station in Ottawa's west-end. Witnesses say two men were arguing on a bus, before one person pulled out a knife. A 37-year-old man was sent to hospital with minor injuries.