Plunging for a good cause in Kingston 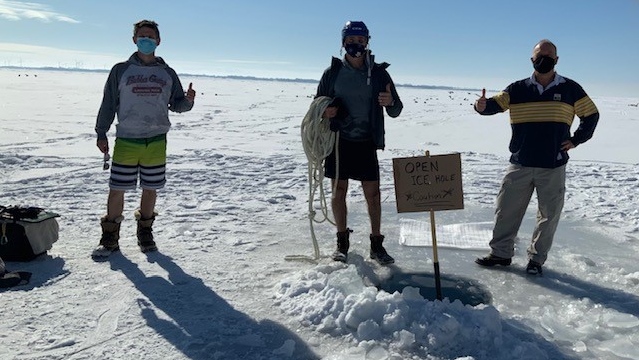 OTTAWA -- A group of polar plungers in Kingston is not letting the pandemic stand in the way of supporting a good cause.

The team, who call themselves "The Professionals", have been taking part in the Kingston Police Polar Plunge for the Special Olympics since 2014.

In a polar plunge, participants dunk themselves in very cold water during the winter.

Tom Holmes says he loves the rush of running into the frozen St. Lawrence River.

"I always tell people that this is the first sport that I’m actually good at, that I actually like going into cold water," laughed Holmes.

The event raises money for the Special Olympics, and is being held in cities across Ontario throughout the month of February.

In previous years, everyone who pledged in the city of Kingston would congregate to one spot on the St Lawrence River to jump in on the same day.

But this year, during the COVID-19 pandemic, the event has gone "virtual." 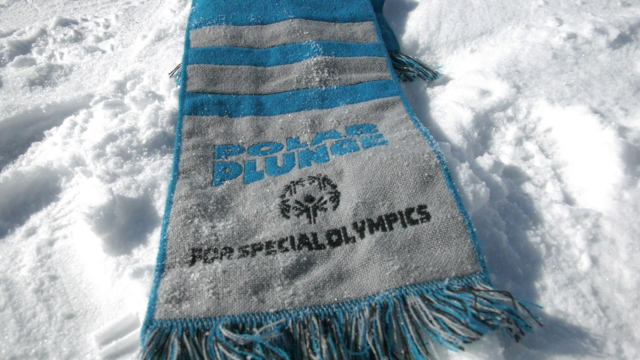 Restrictions on social gatherings mean that participants are encouraged to raise money online, then do a plunge on their own and post pictures on social media.

"The Professionals" would usually consist of a group of 15 members, who would all join together to plunge. Under COVID-19, the group is doing it individually, or in physically-distant groups.

"On Feb. 28, that’s when we’ll release all our plunge videos just to prove to our donors and supporters we actually did plunge this year," explained Holmes.

Fellow teammate Tim Agapus said they wanted to ensure safety, so they had ropes for people to pull them out of the water, as well as helmets.

"We’re not going down very far, we’re doing more of a bath dip then it is a plunge this year, but it still gets the point across," he laughed.

In a statement announcing the launch of this year's polar plunge in Kingston, Constable Bryan McMillan said the polar plunge is the largest grass-roots fundraiser worldwide for the Special Olympics.

"The polar plunge fundraising event is a signature initiative that worldwide raised $26.5 million for Special Olympics in 2020. In Ontario alone, over $560,000 was raised last year.

"During the pandemic, the support is even more important than ever,” he wrote.

David Gouett said over the past seven years, the group has raised more than $100,000 and wanted to push on.

"We want to make sure that when the world kind of opens back up again the money’s there to support the Special Olympians," he said.