OTTAWA -- They joke it was a ‘girl’ that first brought them together. Scott MacLennan and Tim Orton were new recruits of the Ottawa Fire Service. On their first day at drill school, they partnered up to practice resuscitation skills on “Annie”, a CPR training mannequin. MacLennan and Orton became fast friends.

“We started hanging around with each other in drill school,” said Orton. “And 37 years we’re still chums.” 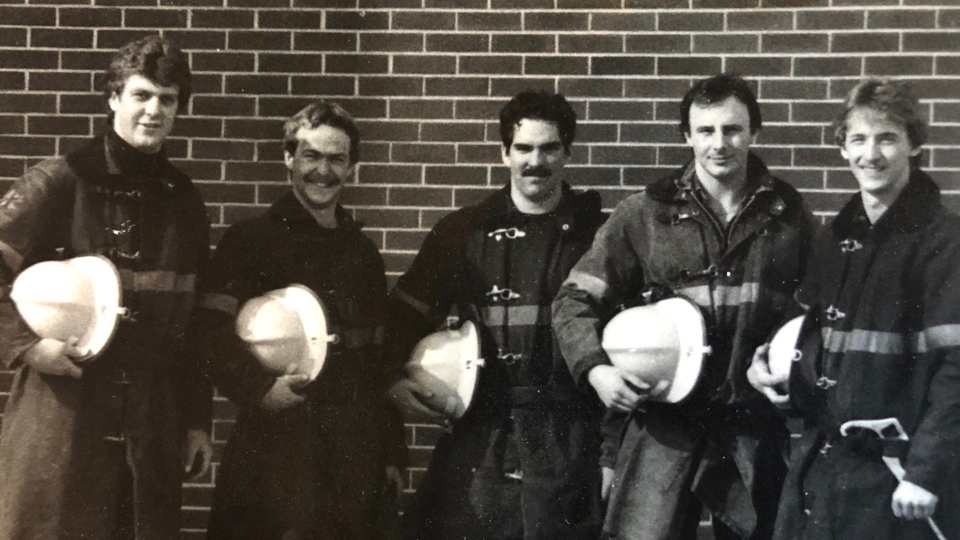 “We came on the job February 7, 1983 and we’ve been friends our entire career,” said MacLennan.

“We made a pact many moons ago, probably sitting on the dock at the cottage one night, late, and we decided we’d retire on the same date. So, as of June 30th (today) we will be retiring on the same day, as well,” he said.

MacLennan was just 19 when he joined the Ottawa Fire Service. Firefighting is in his blood; a passion of generations.

“I think I was 16 or 17 years of age when I pretty well decided I wanted to be a firefighter,” he said.

Orton, by contrast, had no desire to become a firefighter.

“It was never on the radar for me, whatsoever,” he said.

He hoped to join Ottawa Hydro, until his brother-in-law, a firefighter, suggested a different path.

“He had me go out to a bar one night on a Thursday night when some guys were there going out for drinks after a shift and hyped it up and said what a great job it was. So, I said why not. I’ll give it a shot. Eight months later I was on the job,” said Orton.

In firefighters’ lingo, MacLennan and Orton went from ‘mop to top’, working their way up the ranks from probationary recruits to Platoon Chief; the highest-ranking suppression officer on the Ottawa Fire Service. The OFS is divided into four platoons. MacLennan is in charge of “C” platoon; Orton leads “A”.

“It’s a good family. It’s a really good family,” said Orton. “Everybody’s got your back.”

As they begin their retirement today, MacLennan and Orton reflect on their early days as firefighters. They remember what it was like going in to that first burning house.

“Every Firefighter remembers his first fire. My first fire was in Sandy Hill. Fire was rolling out the second-floor window.” said Orton.

“It was a two-storey place, and one of the old grizzled fire fighters says ‘hang onto the back of my jacket’ and let me know when things light up around us and behind us and we’ll put it back.’ And I’m like what? I’m wide eyed and I thought what have I gotten myself into?” he said.

“We’ve all had close calls. We don’t dwell on the close calls. You don’t think they’re close until afterwards, but I think everybody has had their moment,”.

Those moments can also impact a firefighter’s mental health. Witnessing tragedy and loss during fires and rescue calls takes a toll.

“They talk about PTSD and filling your buckets. Some buckets fill up a lot sooner than others. I feel I’ve been pretty fortunate. I’ve been able to deal with some of the situations I’ve been involved with over the 37 years,” said MacLennan.

One of MacLennan’s most memorable fires was in the late 1980’s at 174 Nepean St.

Whether it was a fire, car accidents, or medical call, their motivation always the same.

During his final days on the job, MacLennan visited 17 stations across the city to say his farewells; thanking his dedicated team for its support.

“I never imagined that when I started out that I would be a Platoon Chief. It’s been a privilege and an honour to serve the Ottawa Fire Service and this shift, which I’ve been fortunate enough to spend 37 years on as well,” said MacLennan.

“I’m excited to retire and I’m looking forward to spending time at the cottage with my wife, Michelle (Valberg) and my son, Ben. “ 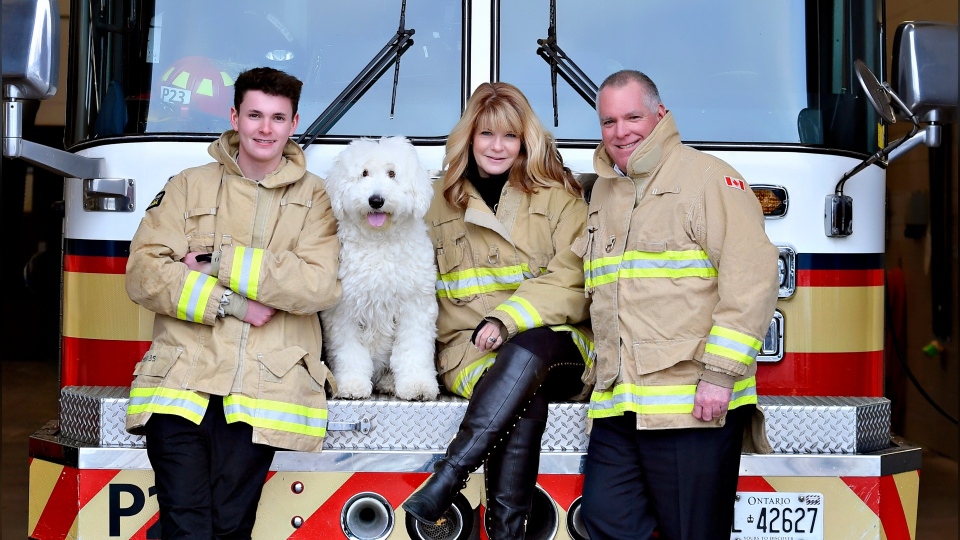 Recently, Orton returned to station 23 on Carling Avenue to say his goodbyes. He’s been on leave; fighting not fires, but cancer.

“I was diagnosed with esophageal cancer which is a workplace injury. They’re finding, as time goes on, more and more firefighters are picking it up,”

After surgeries, chemotherapy and radiation, Orton’s health is improving; his recovery going well.

“I’m out having a round or two of golf and life’s going to continue. It’s not a good cancer, no cancer is a good cancer, but you keep your head down and you’ve got to move forward. Don’t look back,” Orton said.

“I’m hoping that continues, as everybody does.” says MacLennan. We’ve got a few more 3am dock times at the cottage to look forward, too.”

Orton is grateful for the tireless support of his loving family, especially his wife Silvana.

“She said, ‘your journey is going to be my journey’ and she was there the whole time,” he said, his eyes welling with tears. 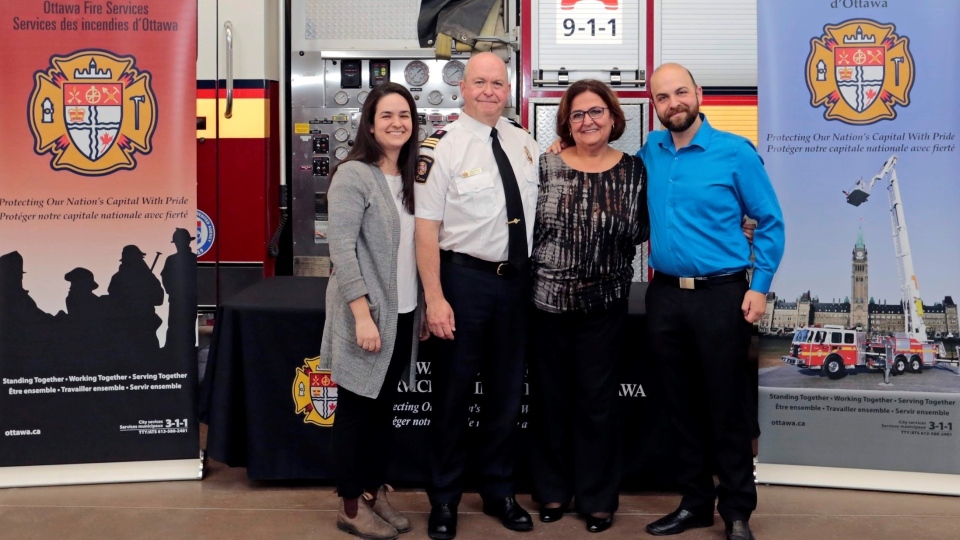 After 37 years, MacLennan and Orton won’t be retiring from each other. MacLennan plans to keep Orton busy doing chores at his Sharbot Lake cottage.

“I’ve got a big list of jobs for you at the cottage buddy,” he jokes to his friend.

At a time when the future is brimming with unknowns, the friendship of two long-time firefighters is an enduring certainty.

“We may end up being in wheel chairs together,” laughs MacLennan.”