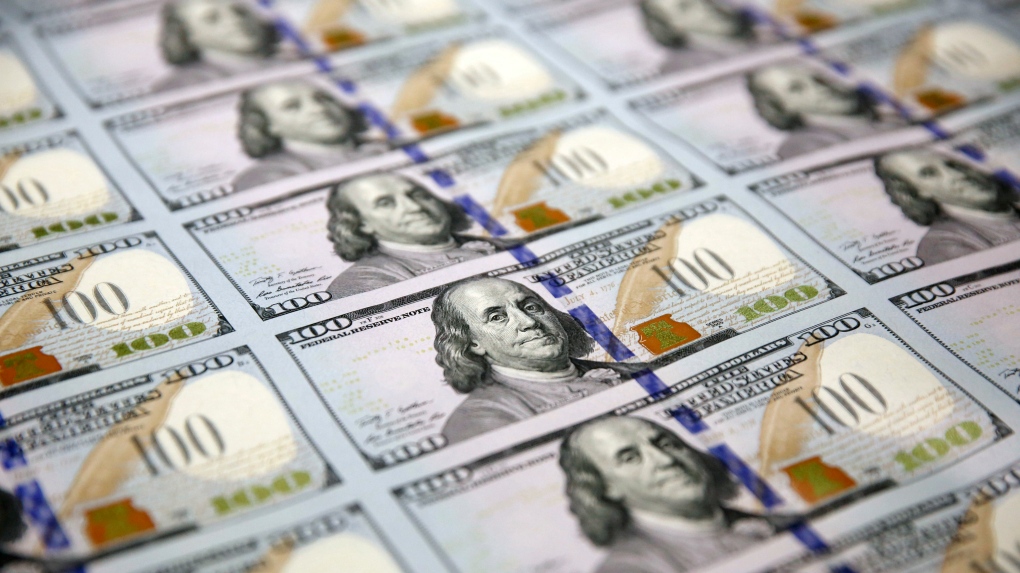 A sheet of uncut $100 bills makes the way through the printing process at the Bureau of Engraving and Printing Western Currency Facility in Fort Worth, Texas on Sept. 24, 2013 file photo. (AP / LM Otero)

In a release, OPP say two counterfeit U.S. $100 bills were found in Petawawa, Ont. on Tuesday; one on Victoria Street and one on Petawawa Boulevard.

"With the discovery of counterfeit money in the area, the OPP would like to remind all residents and businesses to perform their due diligence when paying or accepting payment in cash," police said.

OPP say they continue to investigate and anyone who has information is asked to contact police.

What to do if you're offered a suspected counterfeit bill

According to the Bank of Canada, if you suspect you're being handed a counterfeit note, you should assess the risk to yourself and then follow these steps:

If you suspect after the fact that you've received a counterfeit bill, the Bank of Canada says you should contact local police and give them the bill. If it's real, it will be returned.