Person on fire dies outside U.S. embassy in Ottawa

Person on fire dies outside U.S. embassy in Ottawa 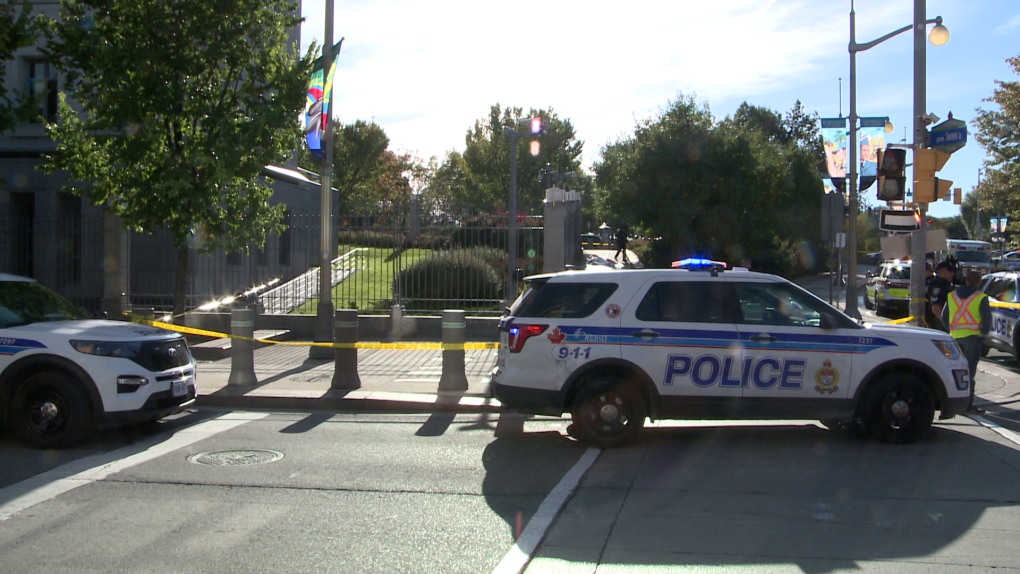 Ottawa police responded to an individual on fire outside the U.S. embassy on Sussex Drive on Oct. 4, 2022. The individual died of their injuries. (Chris Black/CTV News Ottawa)

Ottawa police are investigating a disturbing incident outside the U.S. embassy Tuesday afternoon.

Police, paramedics and firefighters were called to the embassy on Sussex Drive in downtown Ottawa on reports of a disturbance. Police said in a brief statement on social media that a person was on fire and they died of their injuries despite attempts to save them.

“At this time, nothing indicates the incident is related to the U.S. Embassy,” Ottawa police said on Twitter.

The fire marshall and the coroner were also involved, but police said Wednesday morning the arson unit would carry out the investigation.

Traffic was diverted in the area for the investigation as officers from the Ottawa Police Service and the RCMP attended the scene.

No other details were available and the identity of the deceased is unknown.

The incident is under investigation jointly by the OPS Arson Unit, Office of the Fire Marshall and the Coroner’s office. At this time, nothing indicates the incident is related to the US Embassy. No other information is available at this time. https://t.co/KO4O7SQNmz