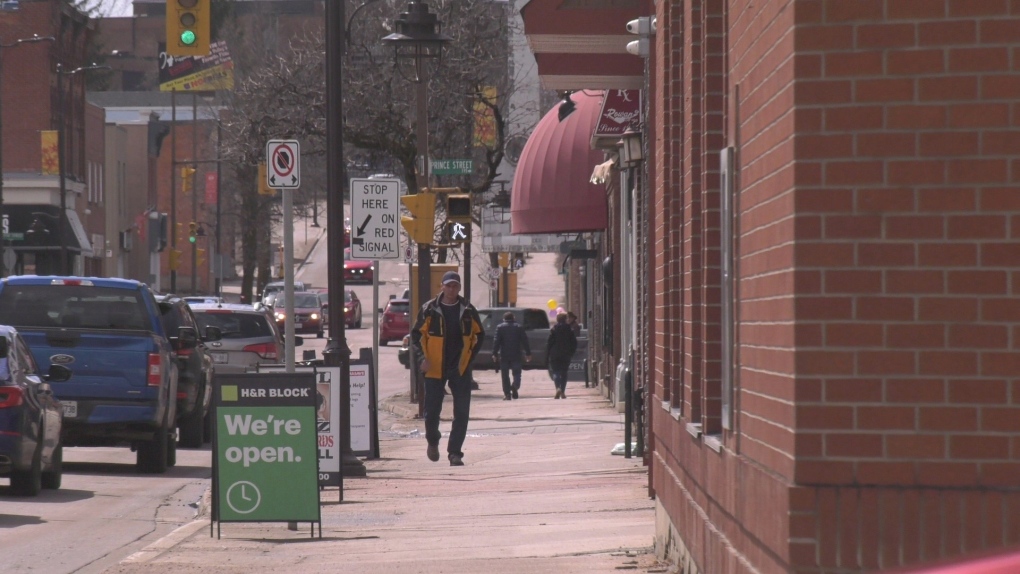 Pembroke Street West is one of three areas where pop-up patios will be located in Pembroke, Ont. (Dylan Dyson/CTV News Ottawa)

With the snow recently melted, Pembroke, Ont. now has preparations underway for the summer season and plans to bring three pop-up patios to the downtown core.

The three patio locations would be on Victoria Street, Albert Street, and at 258-262 Pembroke Street W.

"So the trend really has started with COVID-19 and the need for people wanting to eat outdoors in these communally areas," says Bethea Summers, Executive Director of the Pembroke BIA.

Each patio would be boxed in with railings, be covered with a shade canopy, and have bistro-style seating for eight to 12 people.

Summers says the pop-up patios would provide public sitting areas for pedestrians and outdoor dining space for nearby restaurants.

"We do have about 15 eateries in our downtown core and a few of them do have patios," Summers tells CTV News Ottawa. "They have great patios that are often full. And then we have some that are smaller and there's just nowhere for them to put a patio."

At Little Things Canning Company, one block away from Albert Street, owner Stacy Taylor says their 'grab and go' business model of ready to eat food pairs perfectly with the pop-up patios.

But Little Things Canning Company has room for just two tables and four chairs along the sidewalk outside their storefront.

"We could also benefit from having the expansion of the downtown patios in strategically placed locations throughout our community," says Taylor.

Like the coming season, the patio idea seems to be getting a warm reception from residents.

"That would be awesome, especially when the nicer weather is here, you like to enjoy it," says lifelong Pembroke resident Jennifer Shainline.

"I'm a sales rep, I meet with customers," Shainline adds. "It would be a good spot to sit or just have a coffee, or just take a break through the day."

Stacy says if the city and businesses want more people frequenting downtown, they have to do more to make the area pedestrian-friendly.

"I think that the downtown pop-up patios can only do more to enhance the beautification aspect of our downtown," says the business owner.

"Our downtown core has close to 1,000 employees," says Summers. "So that's a lot of people that can meet their friends or family or coworkers, get outside of the office, and eat downtown."

Summers says the pilot project would begin around the end of May and be in place until Thanksgiving weekend.

The Pembroke BIA says final approval for the project goes before city council next Tuesday.