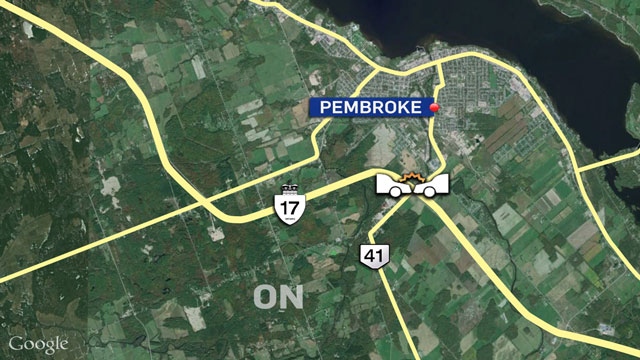 One person is dead after a serious crash on Highway 17 near Pembroke, Ont. (CTV Ottawa/Google)

A fatal collision on Highway 17 near Pembroke , Ont. has claimed the life of a Pembroke man.

OPP say 51-year-old Andrew Gribbon was travelling westbound just west of Highway 41 when there was a collision with a log truck.

Gribbon was pronounced dead at the scene.

There were no injuries to the 43-year-old driver of the log truck.

Two other vehicles following Gribbon's car were indirectly involved in the crash.

Police say the drivers were also not injured.

That section of highway has since reopened to traffic.