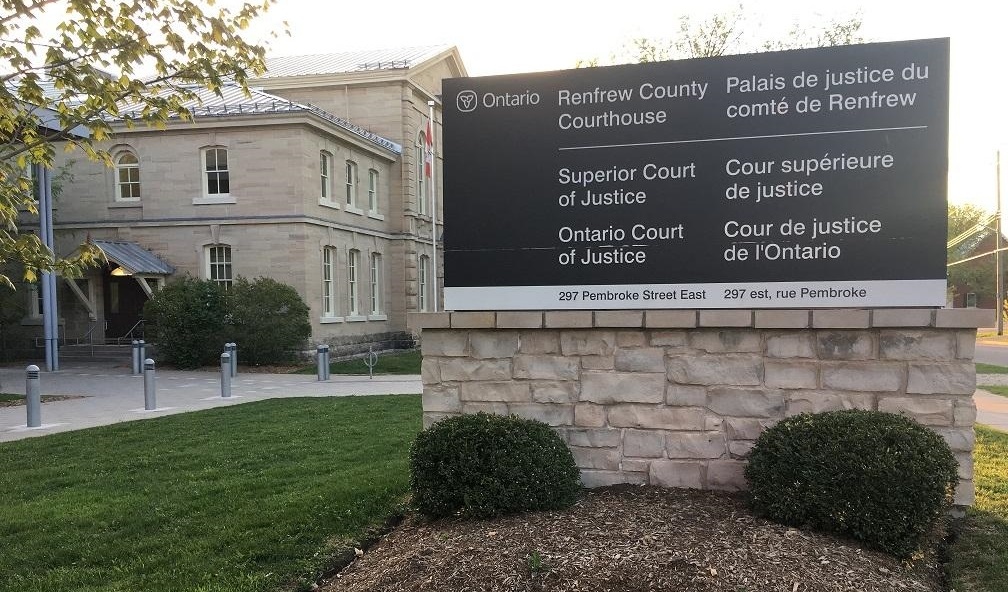 A Pembroke judge has applied the ‘Jordan’ decision to a case in Renfrew County involving a major alleged crime spree in 2017.

Justice Michael March agreed with the Defense’s request to apply the decision because the case was taking too long to get to trial. More than 50 charges have now been stayed.

The case involved four people accused of breaking into numerous homes and cottages in Renfrew County in 2017, leaving significant damage behind.

Lawyer Paolo Giancaterino, who represented one of the accused, tells CTV News the case wasn’t scheduled to finish until April of 2020, which is beyond the 18-month threshold for a timely trial.

He says there were issues with disclosure from the Crown.

“One of the main issues with this case was the providing of disclosure to defence counsel such that we couldn’t start the trial on time in one occasion,” he says, “and there were delays getting disclosure on other occasions, so that combined to extend the trial and push it past the Jordan date.”

Giancaterino says the Jordan ruling is an important tool to help ensure defendants are given their day in court.

“I see it as the system working,” he says. “When someone is charged with a criminal offense we have the belief that you’re innocent until proven guilty. For a person who’s charged with a criminal offense, it’s a long process and it’s a hard process and having charges hanging over your head is not the most pleasant thing and you want to have those charges dealt with as quickly as possible.”

He says accused criminals are also often placed under strict bail conditions, which restrict their liberties until the charges are dealt with.

The Charter of Rights and Freedoms states that any person charged with an offense has the right to be tried within a reasonable time. The 2016 ruling by the Supreme Court of Canada in the case of R v. Jordan established a new framework for what amounts to that “reasonable time” set out by the Charter. There is now a ceiling of 18 months between when charges are laid and when the trial begins in a provincial court with no preliminary inquiry, and a ceiling of 30 months in other courts.